Could Bronington go to sea again? 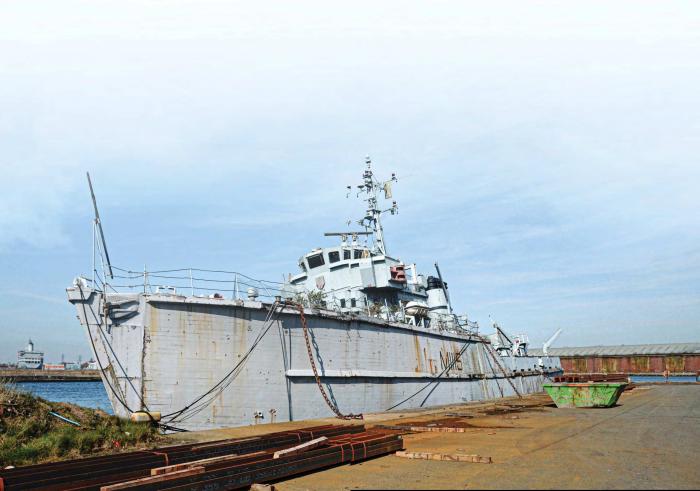 With the future of a historic minesweeper still uncertain, Allan George asks whether the best way to save the stricken vessel may be found overseas

Britain at War recently reported that moves are afoot to attempt the restoration of HMS Bronington, currently partly submerged in Birkenhead Docks, with The HMS Bronington Preservation Trust formed last September to explore the possibility of re-floating and restoring her.

Bronington is one of the last survivors of the wooden-hull Ton-class minesweepers and has the distinction of having been commanded by HRH Prince Charles in the mid 1970s.

More than 100 ships of this class were built, and virtually everyone who served in the Royal Navy between the 1950s and ’90s is likely to have once served in a Ton – contributing to the case for her preservation.

She is listed on the National Register of Historic Vessels, but, after years of neglect, became partly submerged in Birkenhead Docks. Preservation will be a monumental task, and to return her to sea is another huge ambition.