As the new year kicks off, despite the best efforts of the euro and pound exchange rates, we have seen a real flood of vehicles advertised from European sellers – in fact outnumbering those from UK sellers two to one.

Pleasingly, these over-the-channel sellers tell us it is the British who have been buying. So already, the military vehicle collectors’ market is busier than we would expect at this time of year.

Newly-established Jeep trader, Andy Brown Jeeps offered a choice of seven Jeeps recently imported from California. With prices from £7,000-£15,000, they seem good viable projects and should all be at the shows this summer.

A superb Ford GPA amphibious Jeep was offered in France for €135,000. It has an interesting history; made in the USA, delivered to England, sent to India with the British Army - from where it was rescued around 15 years ago - then back to England and now in France, having undergone an outstanding restoration. In 2017 the annual Amis Des Amphibs rally is on the River Thames at Henley so it’s the perfect choice for messing about on the river.

On shore, we have seen a gentle rise in ‘ready to rally’ Jeep prices, both Hotchkiss and wartime. At the moment you won’t get a reasonable World War Two Jeep for less that £15,000 – though we have had some good keenly priced Hotchkiss Jeeps this month at around £13,000.

France has been disposing of its Peugeot P4 Field Cars for some time but they are only starting to nibble into the collectors’ market.

Essentially the Mercedes Gelandewagen, it was built under licence by Peugeot and later Panhard for the French military and gendarmerie with a Peugeot 604 engine. It is a real surprise that a second-life civilian market for these hasn’t emerged as they have excellent off-road performance and sell for around 70% of the price of the Mercedes military G-Wagen .

We are seeing more coming up for sale, mostly still in military trim, but £7,500 will buy you a nice civilianised example. It is worth noting that the Mercedes military G Wagen and the P4 are both fairly basic without the normal comfort and refinement one expects with Mercedes – who certainly didn’t compromise on build and component quality. So, if you fancy something modern that isn’t a Land Rover and isn’t riddled with electronics, a P4 could be the answer.

We have seen a lot of armour up for sale this month. A Centaur Dozer project came on sale for £35,000 and it was a surprise to see another Centaur come onto Milweb a few days later. At £60,000 a ‘work in progress’ 1943 6pdr Centaur Gun Tank restoration project still needed an engine, transmission and a lot more besides. At that money it would be a longer term investment, but an interesting project for its new owner. 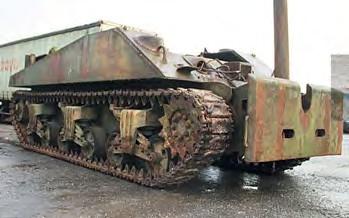 Can you see what it is yet? The other M4A4 with a post-war add-on Dozer modification. 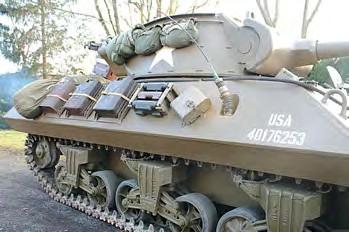 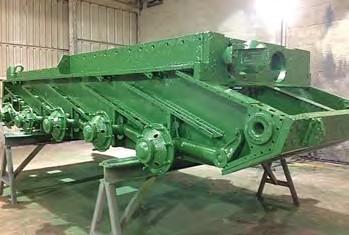 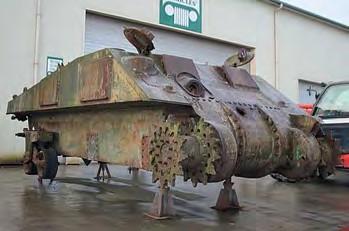 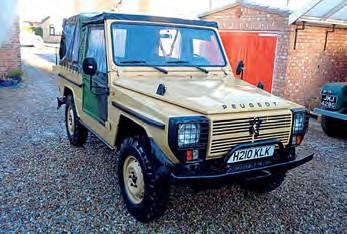 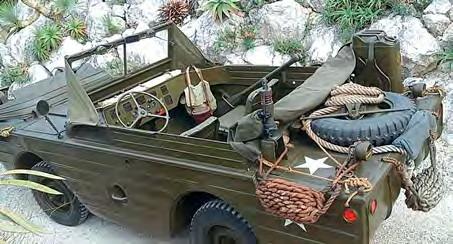 For virtually the same price, Normandy-based Military Classic Vehicles offered a package of two Sherman M4A4 hulls. Though not range hulks, one has a strange Dozer mechanism addition to its front end. This heavyweight package seemed to be the new year’s best buy so far. That will mean we have another two Shermans under restoration to add to the dozen or so we know of being undertaken in Europe at the moment.

Military Classic Vehicles are also offering the ex-Normandy Tank Museum’s well-known M36 Jackson tank destroyer for €270,000 - this is an all-time high asking price for a Jackson by around €80,000 and reflects the perceived value of the M10/M36.

Like buses, Welbikes normally come along in twos and no sooner had one sold through Milweb, one came along with the original XXE military contract engine at £8,900. Now we probably won’t see one for a while. Although fewer British bikes this month, there are plenty of German World War Two bikes on the market. These include a Zundapp KS600 solo at £23,000, a nice DKW NZ 350 at £12,500 and a BMW R75 with sidecar at £49,995. The R75 comes with the all-important makers certificate from BMW archives, proving provenance.

Witham Specialist Vehicles continue to sell good numbers of Defenders, Leyland Dafs and huge quantities of spares on behalf of the MOD through their nightly online auctions.

A good proportion of these are being bought directly by collectors, some of those snapped up by trade buyers will filter out to the collectors’ market, often registered and painted – of course at a higher price. If you are a buyer, there is a good choice on the market to buy – if you are a seller there are certainly plenty of buyers.

As we go to press, Stoneleigh will have given its usual kick start on the market so by next month we will have seen a lot more activity before the spring outdoor events begin.