Recent discoveries by the restoration team have led to more questions 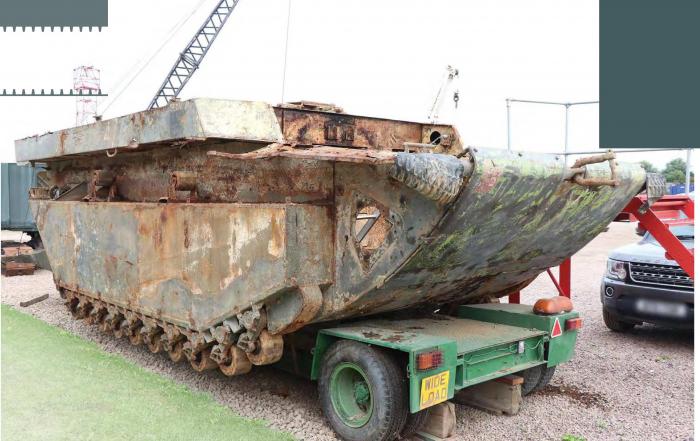 The Crowland Buffalo is slowly giving up more of its secrets as restoration work on the amphibious vehicle used in the Rhine crossing in 1945 continues. Daniel Abbott, chairman of the Crowland Buffalo LVT Association (CBLA), said more markings had recently become visible on the vehicle. “One marking we’ve discovered on the front is a US Marine stamp along with an anchor on yellow paint on the armoured front plate,” he said. “We’ve also found another 79th Division triangle, which appears to have been hand-painted. While these are interesting finds, they do lead to more questions as to when and why they were put there.”

Daniel said the finds had made them rethink how far they wanted to go with the restoration. “For now, we’re looking at restoring it to the point where we leave the Buffalo in the state it is in as we feel that will preserve the history of the vehicle better than if we were to fully restore and paint over all these markings.