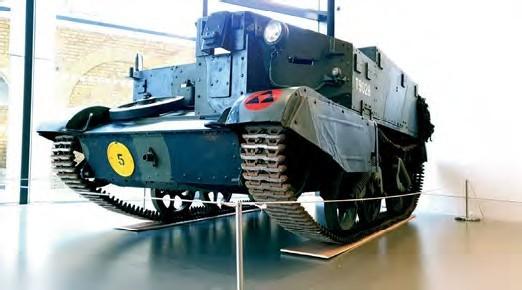 The Universal Carrier went on show at the museum on 6 April. (VICKY SUZMAN/NAM)

THE CHELSEA-BASED National Army Museum has installed a Mark II Universal Carrier into its foyer area for the duration of the D-Day and Normandy campaign anniversaries. It is marked with the insignia of the 3rd Division, one of the British Army’s assault formations for the Normandy landings on 6 June 1944 – nicknamed ‘Montgomery’s Ironsides’

Many infantry regiments were equipped with carrier platoons during the campaign in Normandy, providing reconnaissance and fire support. This particular vehicle was preserved for many years at the Army School of Mechanical Transport at Leconfield, East Riding of Yorkshire, before transfer to the London museum.www.nam.ac.uk