Home of the world’s last wartime Landing Craft, Tank, The D-Day Story museum charts the poignant experiences forged before, during and after the Normandy Landings. Tom Baker explores 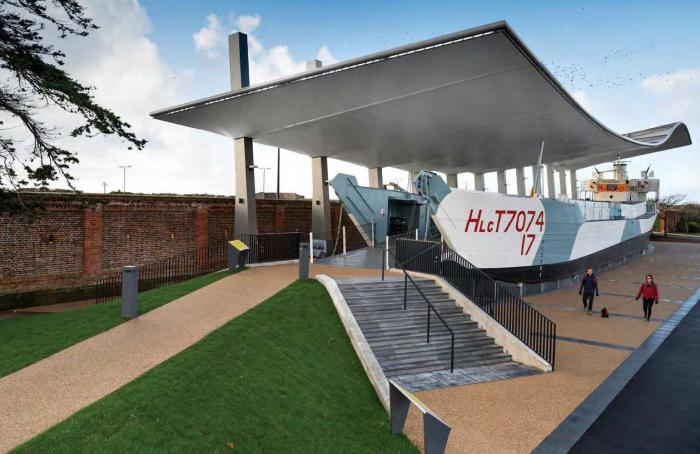 THE GIANT LCT 7074, THE LAST SURVIVING D-DAY LCT, WELCOMES VISITORS AS THEY ARRIVE AT THE MUSEUM
PETER LANGDOWN/ THE D-DAY STORY

The success of the Normandy invasion all but assured the beginning of the end of the Nazi regime among the bocage and hedgerows of Northern France. However, the achievements of D-Day, “that great crusade”, which saw a veritable armada cross the channel to open up a second major front in Europe, was facilitated on England’s south coast. Central to that herculean effort was Portsmouth, from which Operation Overlord was planned, supplied and enabled. The city was the operational nexus and springboard for the largest seaborne invasion in history, making it a pivotal strategic focal point.