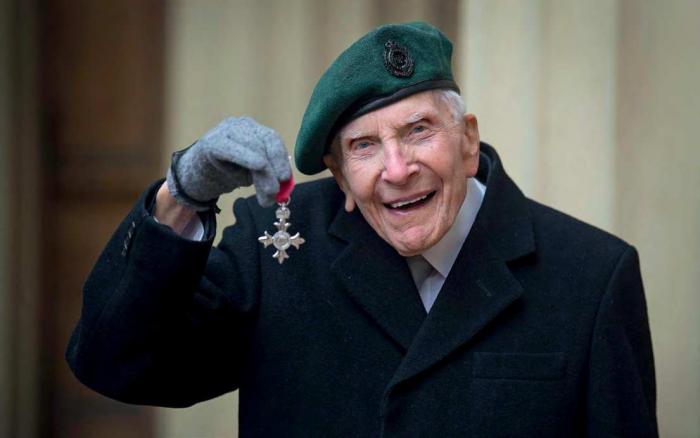 THE LATE HARRY BILLINGE WITH HIS MBE, FOLLOWING AN INVESTITURE CEREMONY AT BUCKINGHAM PALACE IN LONDON IN MARCH 2020
VICTORIA JONES/PA/ALAMY

The lovable veteran rose to prominence in recent years as he battled to help raise funds for the British Normandy Memorial, which officially opened on June 6, 2021.

The memorial in France commemorates 22,442 service personnel killed during the Normandy campaign while under British command. Fellow D-Day veteran George Batts MBE, Ld’h, who had a leading role in campaigning for the construction of the British Normandy Memorial, said: “Harry was a regular sight in Arromanches. The place will not be the same without him. The ‘Greatest Generation’, as we are referred to, appear to be gradually fading into the history we created. The youngest of us now would be in their mid-90s, but it is difficult to absorb that so many friends are no longer with us.

“Some veterans are remembered by family and friends, others – because of the their impact – are remembered nationally. After two years of endeavour and with the support of the former prime minister David Cameron, I secured the initial funding for the British Normandy Memorial. Harry then devoted his time and energy to a zealous crusade to raise what he could – particularly to ensure the creation of an education centre.