The Dark Age of Tanks 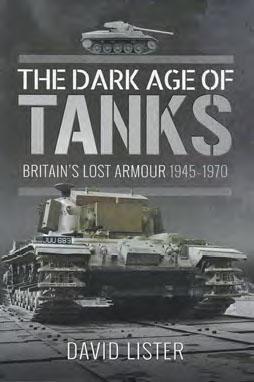 The 30-year period after World War Two has been referred to as the dark age of tanks due to a lack of surviving documentation. But thanks to author David Lister’s research work, The Dark Age of Tanks: Britain’s Lost Armour 1945-1970 sheds some light on this period. Lister says the work is an attempt to fill in the ‘blanks’ and should not be taken as the ‘detailed truth’. The period in question covers much of the Cold War, when the UK was in an arms race to combat the threat of the Soviets’ and Lister reveals some of the ideas the army looked at including ‘micro-tanks’, 183mm anti-tank guns and even the consideration of ‘hover tanks’.

Verdict: As author David Lister says, documentation from the period covered in the book is scarce, however, he has done an excellent job on revealing more from a time of increasing importance to tank historians.