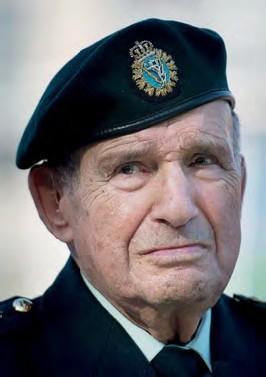 CANADA’S OLDEST and longestserving officer, David Lloyd Hart, MM, CD, has died aged 101, the Royal Montreal Regiment has announced. Credited with saving dozens of lives at Dieppe, the heroic signalman served for a total of 81 years in active and honorary roles.

Born in Montreal in July 1917, David Hart enlisted in the Army Reserve in 1937 and deployed to the UK with the Royal Canadian Corps of Signals during the Second World War.

Hart, who was Jewish, participated in the ill-fated August 1942 Operation Jubilee – the Dieppe Raid – which saw a force of more than 6,000 troops – 5,000 of them Canadian – land near the French coastal town. The raid was supposed to be a morale booster and an opportunity to gather intelligence, and had the experimental objective of capturing the town’s port facilities intact and to hold them for a set period.

However, the calamitous raid became the single most costly engagement for Canadian forces during the conflict. Almost 60% of those involved – which also included 1,000 British soldiers and a small number of US Army Rangers – were killed, wounded, or captured. Nearly a fifth of Canadian participants, 916 soldiers, were killed with nearly 2,000 captured.

Then a sergeant, Hart was a signalman who maintained a vital connection between command at sea, and the units ashore. Before long, Hart was responsible for the sole surviving communications link. Convincing command to allow him to change frequency for just a permitted two minutes, Hart signalled embattled elements of the South Saskatchewan Regiment and The Queen’s Own Cameron Highlanders of Canada, ordering them to retreat, while arranging the critical timings for the landing craft to pick them up from the shell-strewn beachhead. He did this in just 30 seconds, while trapped in a crippled landing craft on the waterline and under heavy fire, and then immediately resumed communications with command.

“The fire was terrible… There was mortar fire, and there were machine guns in the cliffs, which weren’t seen by our intelligence people because they had them covered… we were sitting ducks”, reflected Hart in a 2017 interview with a Canadian newspaper. The plucky signalman escaped Dieppe unscathed after his stricken craft was towed back to Britain.

Through his actions, Hart saved 100 soldiers from death or captivity.

For this, he received the Military Medal, bestowed on him by King George VI. Following the war, Hart commanded 11th Signal Regiment before retiring from active service in 1965, having risen to the rank of Lieutenant-Colonel in the Army Signal Reserve. However, with the honorary rank of colonel, he continued to serve until 2018 for an unsurpassed total of 81 years of service.

Honorary Colonel Hart is survived by his wife and two children. 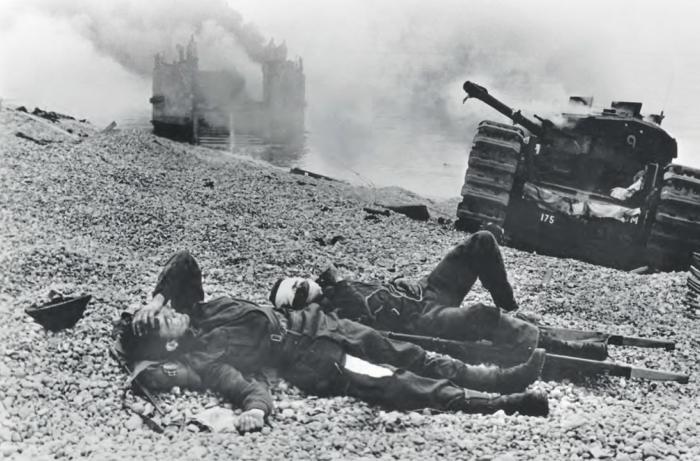