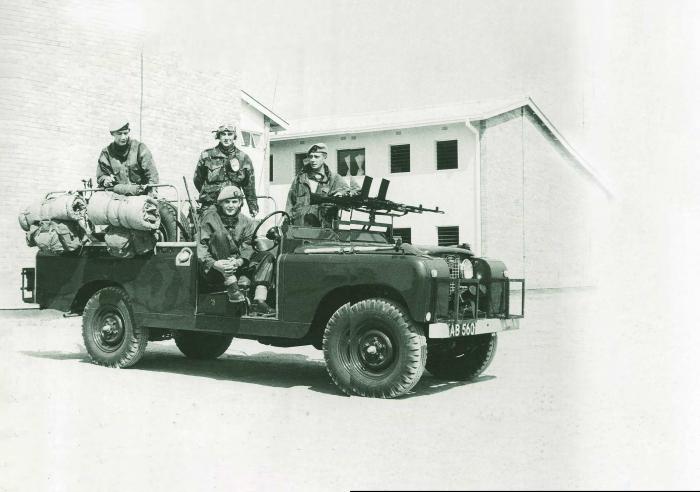 CSquadron SAS was an integral and esteemed member of the Special Air Service (SAS) family right through to 1980 when Zimbabwe gained its independence and the unit disbanded. To this day, it is still remembered with honour by the 22 SAS in Herefordshire. The squadron had its origins in World War Two when No 8 (Guards) Commando officer David Sterling first developed the successful SAS operational tactic that centred on small, heavily armed and mobile strike units. Sterling had been inspired by the Long Range Desert Group’s (LRDG) vehicle-borne rescue of elements of the SAS.

Formed in 1940, the LRDG was put together from picked officers and men from the New Zealand Division and the Brigade of Guards, however, it was not long before Southern Rhodesians serving with other units in the Middle East theatre were also co-opted into this group of roving brothers in arms who wore the scorpion badge.