Death at a distance 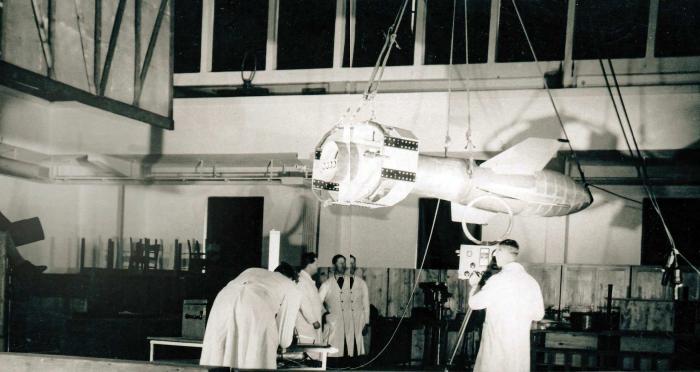 THE ORIGINS OF TODAY’S STAND-OFF WEAPONS ARE FOUND IN MUNITIONS SUCH AS FRITZ X, DEVELOPED IN GERMAN LABS AS FAR BACK AS 1939 IMAGES COURTESY OF CHRIS GOSS UNLESS NOTED OTHERWISE

It is now very familiar: super-long-range, terrain-skimming and now nearhypersonic missiles have cemented their position as shapers of modern war. Typically launched by warships, aircraft and submarines, what are known as standoff weapons include munitions such as the Tomahawk and Storm Shadow cruise missiles and the Paveway smart bomb. Designed to attack ships, hardened targets, infrastructure and strategic installations while minimising the risk to the attacker, stand-off weapons came to the fore during the demolition of the Iraqi military during the First Gulf War.

However, this technology dates right back to the pre-war ambitions of German designers. As early as 1939, engineering firm Henschel & Sohn – responsible for the production of tanks and several aircraft types – began developing anti-ship glide bombs. The work was quickly followed by steelworks-turned-armaments manufacturer Ruhrstahl AG.