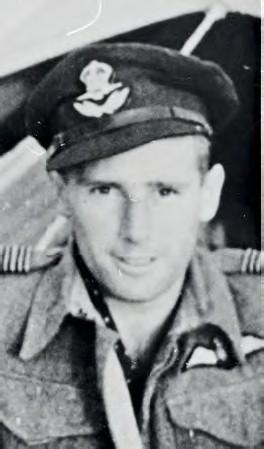 Born in 1922 as William Ronald Cundy, the DFC and DFM decorated pilot, who was also Mentioned in Despatches, operated in the Western Desert and then over Darwin in the defence of Australia. Cundy grew up at Moonan Flat, 37 miles northeast of Scone, New South Wales. According to the Spitfire Association, Cundy watched an aircraft land on the flats when he was just six and strived to become a pilot from then. At the age of 18, he “attempted to persuade his parents [that he should] join the RAAF.

“It was only after some months they accepted, and he was then allowed to enlist on October 19, 1940 as an aircrew trainee under the Empire Air Training Scheme”, the association’s website states. He trained on Tiger Moths at Narrandera, NSW, and went to Canada to train on Harvards. There he was ‘awarded his wings’ and became a sergeant pilot before being sent to England for operational training on Hurricanes. He was first posted to No.135 Squadron, stationed at Honiley, near Coventry.

In the Western Desert, he flew with 260 Squadron RAF, flying Hurricanes and then the P-40. At the same time, his father, a Gallipoli veteran, had re-enlisted and was serving in the desert as a captain in the 9th Infantry Division. In 1943, Cundy earned the DFC and the DFM for gallantry when flying fighter-bomber sorties over Tobruk. His DFM citation reads: “In the course of numerous operational sorties over enemy territory, Flt Lt Cundy has shown fine qualities of leadership, keenness and determination.”

He then served with 452 Squadron RAAF and, from 1943, participated in the defence of Darwin. The squadron operated Spitfires for the entire conflict, first over Britain and then transferring to Australia to help defend the nation’s northern towns from vicious Japanese air attacks. As the Allies pushed back the Japanese, the squadron also sortied over the Dutch East Indies.

By the end of the war, Ron Cundy was credited with five-and-ahalf aircraft shot down, qualifying him as an ace. In addition to Spitfires, Hurricanes, and P-40s (Tomahawks and Kittyhawks), he also piloted captured German aircraft, including a Bf 109 and He 111s.

He met Gwen Walsh, from Coogee, NSW, in early 1942 and they married in September 1944. They had three children, Pam, Diane and Karen. After the war, he worked at the Register General’s Department and eventually as State Electoral Commissioner for New South Wales, retiring in 1982. He was a member of both the Spitfire Association and the sub-branch of the returned sailor, soldier and airmen’s organisation Cronulla RSL.

A long-time resident of Cronulla, Ron Cundy was recently living in care at Wesley Village, Sylvania. He died on July 22, three months after his wife on April 21. The pair are survived by their daughters, nine grandchildren and 16 greatgrandchildren. 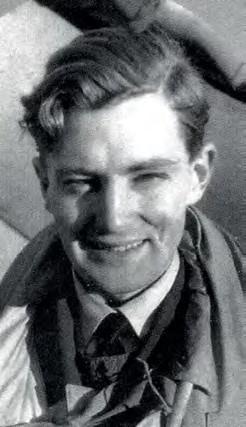 WE ARE sad to report one of the last six of Churchill’s gallant ‘Few’ who faced the might of the Luftwaffe during the Battle of Britain has died, writes Melody Foreman. Flight Lieutenant Archie McInnes of 238 Squadron had been celebrating his 100th birthday with family and friends just hours before his death on July 31.

His memoir Against Adversity, compiled by his friend Jonny Cracknell, was published in June this year and led to Hurricane pilot hero Archie being invited as guest of honour at several vintage aviation events and as a VIP at former RAF Fighter Command headquarters – now Bentley Priory Museum.

Having joined the RAFVR in 1938 he completed his training on August 30, 1940 and was posted to 601 Squadron. Then by October 8 he had joined 238 Squadron based at Chilbolton in Hampshire. His encounters with the Luftwaffe during the following months were numerous and he recalled the times bullets from Bf 109s would often crack past him during dangerous patrol duties of the southern skies.

In 1941 the young pilot was aboard the aircraft carrier HMS Victorious during the hunt for the Bismarck and he also flew a Hurricane from the carrier’s deck on a delivery flight to Egypt. He flew many missions in the skies of North Africa but in November was shot down by a Bf 109 and suffered serious injuries resulting in the loss of his left arm.

It was Archie’s determination and noble spirit that made him determined to fly Hurricanes in the RAF again and after recovering he joined 691 Squadron at Roborough, Devon.

He later flew target tugs at Tangmere, West Sussex, and West Raynham, Norfolk. After he was released from the RAF in 1946 Archie and his wife Helen settled in Cambridgeshire where he worked for a local company.

ACM Mike Wigston CBE, the Chief of the Air Staff, said: “Flt Lt Archie McInnes was part of an extraordinary band of selfless aviators to whom we owe the freedom we enjoy today. The bravery and sacrifice of Archie should never be forgotten.”