Death of One of ‘The Few’ 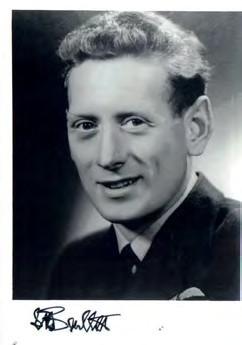 Group Captain Leonard Harold Bartlett, DSO, who has died aged 100, flew Hurricanes as a Sergeant Pilot in the Battle of Britain, writes Geoff Simpson. He is believed to have been the last of ‘The Few’ living in Australia.

Bartlett was born on 20 June 1916 in Muswell Hill, which was at the time Middlesex, and joined the RAFVR in May 1939. Having qualified and converted to Hurricanes, he joined 17 Squadron at Debden on 16 July 1940. During the Battle of Britain Sergeant Bartlett was credited with shares in two Ju 88s, a He 111 and a Do 17. He achieved further success before, on 17 March 1941, he was shot down over Sussex but baled-out safely.

“Red”, or “Bart”, Bartlett was commissioned four months later and posted to 137 Squadron. In September 1942 he was given command of 253 Squadron at Hibaldstow, Lincs. He took the squadron to North Africa, and then Italy, earning a DSO which was gazetted on 3 March 1944.

He was appointed Military Commander of the island of Vis, in the Adriatic, where an airfield had been built for use by Allied fighters, and, in addition, an emergency landing ground for bombers. Bartlett also received the US Legion of Merit for organising the rescue of ditched USAAF crews. In 1945 Bartlett became Personal Staff Officer to the AOC, Middle East.

In 1965 he was one of the serving Group Captains who had flown in the Battle of Britain and who took part in Sir Winston Churchill’s funeral cortege, the party led by Air Commodore “Al” Deere. 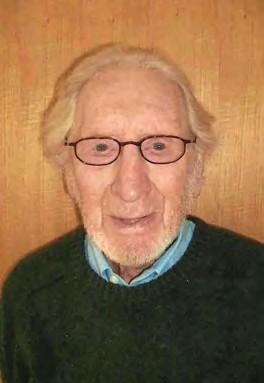 A project dedicated to Muslim soldiers in the Great War has launched in Belfast. Approximately 1.5 million men from pre-partition India fought in the conflict, 400,000 being Muslim. Project co-ordinator, Avaes Mohammad, said: “History can create divisions but it can also show us we have more in common than we think - we hope through this project to open people’s eyes to a shared history.”

☆ After being hidden away in an attic, an outstanding collection of images depicting life as a British POW in the Great War has been published. Clifford Garner, who died in the 1970s, kept the photos of his time in a German camp. Clifford’s grandson, Darren Bailey, 51, discovered the album wrapped in an khaki POW uniform in the attic of his mother’s home.

☆ Three unknown Great War servicemen have been laid to rest near Ypres, Belgium, after more than 100 years. A commemoration service was held in honour of the men, with two of them known to have been from the Lancashire Fusiliers and the New Zealand Infantry, while the third soldier’s regiment remains unknown. In attendance were delegates and Regimental Representatives from both the British Army and New Zealand Defence Force, as well as local dignitaries. Beverly Simon, from the MOD’s Joint Casualty and Compassionate Centre (JCCC), said: “We owe a huge debt to those who fought in the Great War and we at JCCC take immense pride in ensuring all those who died in service of their country are laid to rest with the appropriate dignity, ceremony and respect.”