Death Of ‘One Of The Few’ 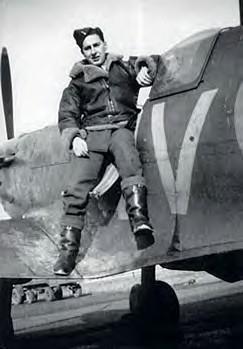 Kenneth Astill Wilkinson was born in Barrow-in-Furness on 29 June 1918 and attended Cheltenham Grammar School. He joined the RAFVR in March 1939 and was called up in September, two days before the outbreak of war. There were delays in his training, but he converted to Spitfires in September 1940 and joined 616 Squadron as a Sergeant Pilot on 1 October that year. On 17 October he moved to 19 Squadron. Thus, Ken Wilkinson achieved what he regarded as the highlight of his career, flying with the Duxford Wing. In an interview with 1940 magazine in 2013, he recalled his pleasure at the banter over the radio between “Tin Legs” Bader, leading the wing, and the controller, “Woody” Woodhall.