LETTER OF THE MONTH 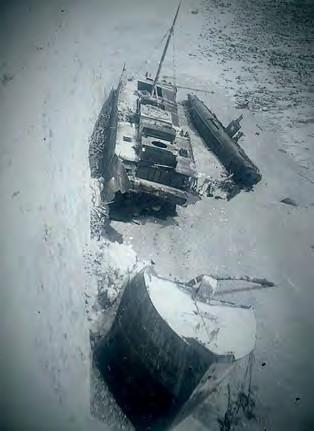 The wreck of UB-121 lying alongside the remains of the freighter Oushla. This picture, dated 1930, clearly shows the famous white chalk cliffs of the so-called Seven Sisters, near Beachy Head, on the left.

Dear Sir, Following on from your news piece on the U-boat wrecks off the Cornish coast, I thought your readers might like to learn that part of a similar submarine can be seen here in East Sussex.

The object in question is the 10.5cm (4.1in) deck gun from the Type UB-III U-boat UB-130. It can be seen on display outside Newhaven Maritime Museum, which, in turn, is part of Paradise Park in Newhaven.