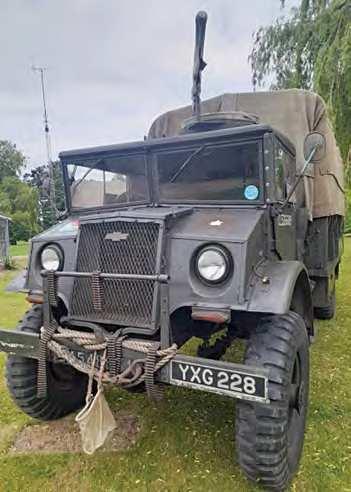 The war in Ukraine has seen several larger dealers contracting to supply a selection of vehicles including Pinzgauer Vectors and Snatch Land Rovers which has meant a surge of purchases from private owners.

Some two months into the war, the supply of available Snatch Land Rovers is drying up as sellers get above market value for good ones. Even Ferrets are apparently in demand despite their last appearance in a live firing exercise being the First Gulf War.

So, quite how robust they could be in the fight against the Russians is an unknown. Surprisingly, there hasn’t been such a call in the UK for the MAN HX range of tactical trucks, many of which have been sold directly from the MoD through Brightwells.

In the collector’s world, we have seen an increase in activity throughout May, with quick sales being reported. Ignoring the top of the market Jeeps, we are seeing more of them coming up for sale at £22,000 to £25,000 which, in many cases, is more realistic for the condition and originality.