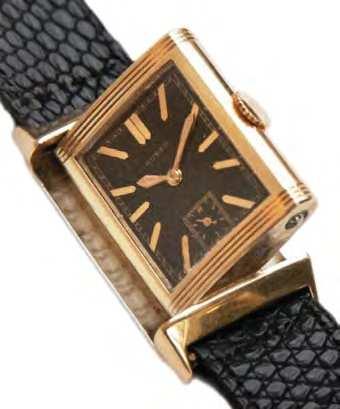 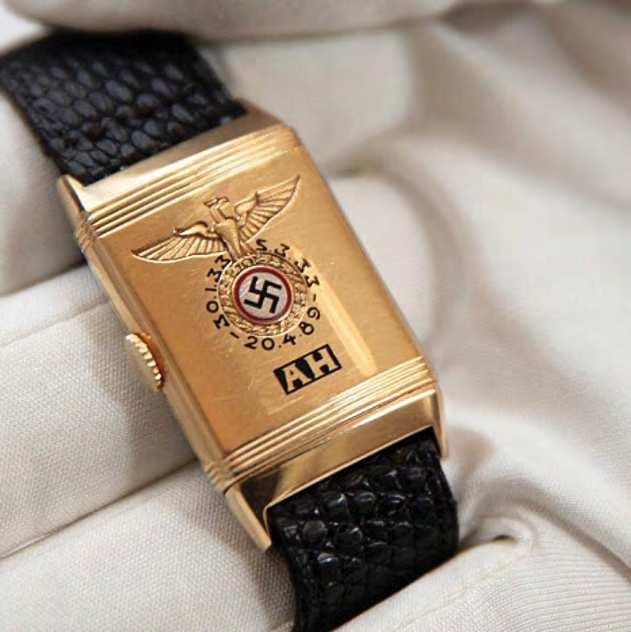 A timepiece believed to have belonged to Adolf Hitler sold for $1.1m (£900,000) but has attracted controversy

The “exceptional condition” Andreas Huber watch is thought to have been given to Hitler as a birthday present in 1933. It was taken as a souvenir when soldiers of the Regiment de Marche du Tchad, French 2nd Armoured Division, stormed the Führer’s Bavarian mountain retreat in Berchtesgaden in May 1945. It was passed down through the family of Sergeant Robert Mignot, who took the watch, until it was offered by Maryland-based Alexander Historical Auctions.

The Huber brand was popular with German officers and this example carries a 1932-produced mechanical LeCoultre movement mounted in a reversible yellow gold case and supporting white gold frame, bearing a Swiss ‘key’ hallmark and a German gold hallmark. It is fitted with a black lizard strap with 18-carat gold pin buckle.