DID BRITAIN DUPE THE WORLD?

Britain not only ‘faked’ its 1957 H-bomb tests, it is alleged, but did so with such success that even US scientists were fooled 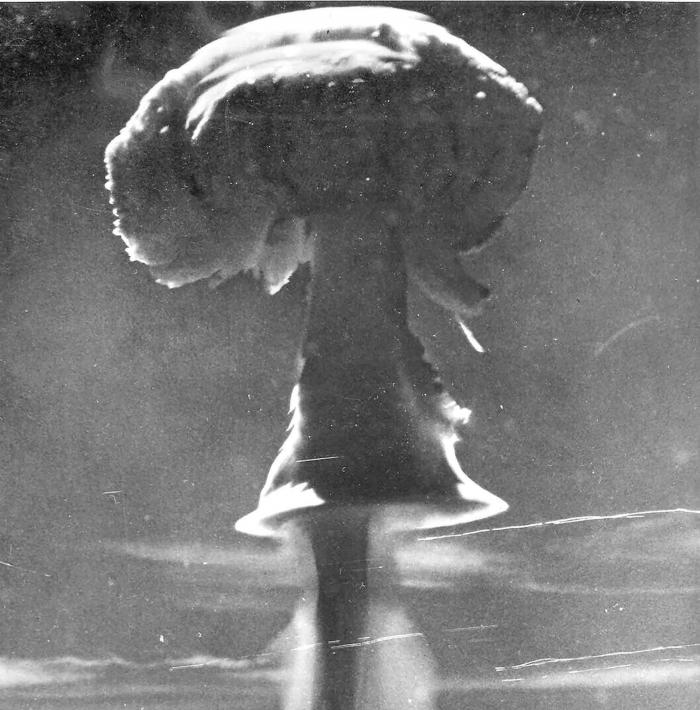 LEFT: THE MAY 15, 1957 TEST WAS A FAILURE, ONLY YIELDING AROUND 300KT INSTEAD OF THE PREDICTED 1.2MT. IT WAS TO BE SEVEN MONTHS BEFORE BRITAIN'S SCIENTISTS SUCCEEDED IN OBTAINING A YIELD GREATER THAN 1MT

The widely reported assertions originated in a 1992 article by Professor Norman Dombey and the late Professor Eric Grove, which suggested three powerful A-bombs had been detonated rather than H-bombs.

The decision to build a British H-bomb was made by a subcommittee of the Churchill Cabinet, after yields generated by the US Castle tests surprised even its own designers. Churchill felt “we could not expect to maintain our influence as a world power unless we possessed the most up-to-date nuclear weapons”, while the Chiefs of Staff stressed a need to have as much influence as possible over H-bomb policy – meaning nuclear parity had to be achieved, independently, with a fraction of the resource available to the US.