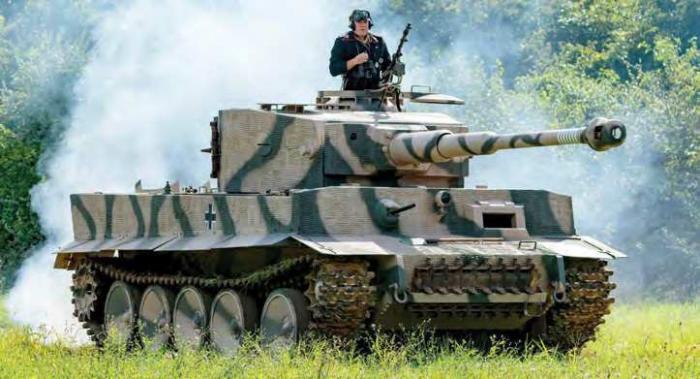 “Umm. No. As the exhibit signage says, this is a replica built on the chassis of a T-55 for the purpose of suggesting what it must have been like to confront one of these in combat.”

For those armour museums that present stated replicas of enemy vehicles, it is a constant question. No matter how many disclaimers, explanations, or exhibit signs are posted, someone invariably offers: “That’s not real is it?”

Many docents try to anticipate the question by introducing the vehicle as a replica when visitors are touring, but some guests go in a different direction.

“That’s true. You see, this is a replica built from a T-55, and the cost of just getting the vehicle’s profile close enough to suggest a Tiger was far more than my mortgage. So the cost of dismantling the existing suspension to build that distinctive bogie overlap would rival our operating budget for the next two years.”