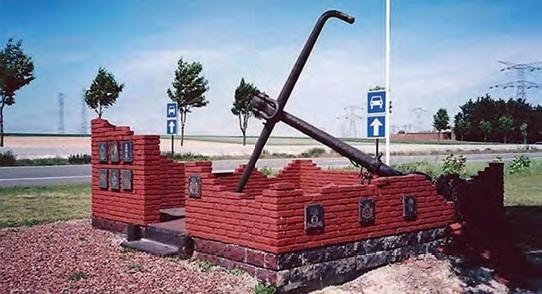 The Royal Naval Division Memorial in Gavrelle, prior to the crash. 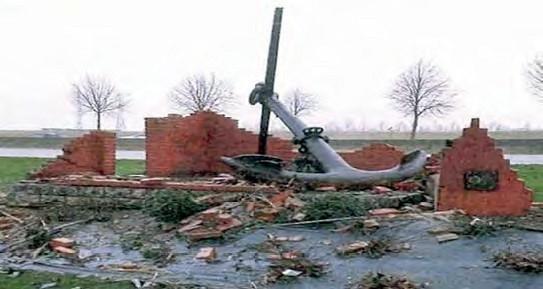 The damage to the memorial.
(BOTH IMAGES CROWN COPYRIGHT/ROYAL NAVY)

THE ROYAL Marines Charity is seeking donations to help restore one of the Royal Navy’s most important commemorative sites after it was partially demolished by a car.

The 63rd Royal Naval Division Memorial in Gavrelle, France, is situated alongside the Arras-Douai highway – 1917 this location formed part of the German front line. Here, the division’s involvement in Battle of Arras cost it 3,794 killed, wounded and missing over the course of six days. The period also included the single bloodiest day in the Royal Marine history, when the corps sustained 846 dead.

The memorial was dedicated in May 1991 and continues to be well visited. It comprises a three-tonne anchor recovered and donated by the Royal Navy, set inside the recreated ruins of a red-brick cottage similar to those found locally a century ago, and was recently badly damaged when it was struck by a French motorist – it has not been reported what happened to the driver.

The commemorative structure was originally funded by donations from Royal Navy and Royal Marine associations from across the UK. While the Royal Navy is pursuing legal efforts to recover some of the anticipated costs in the restoration, the service has stated that additional contributions may be required.

Subsequently, the Royal Marines Charity has set up a JustGiving page for donations. The campaign runs until July 21, 2020 but at time of writing was already more than a third of the way to its goal of £6,000.

We thank the surge of Britain at War readers who rushed to donate following our sharing of the cause on social media.