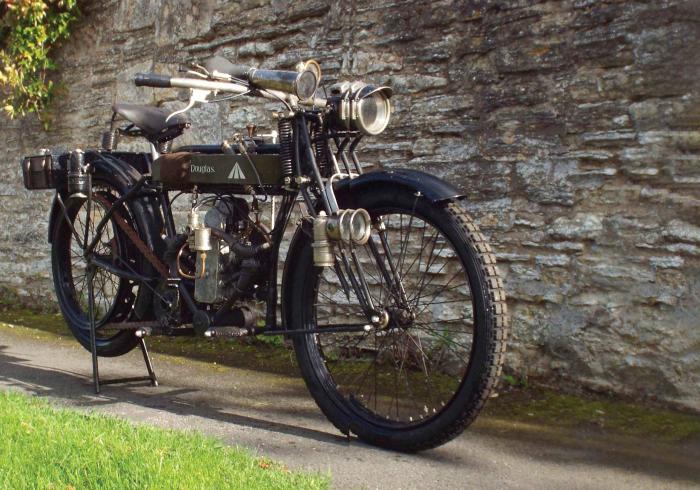 ‘The Douglas is a bit different to a modern motorcycle as it has no clutch, no kick starter, and no twist grip’

The motorcycle’s role in World War One is sometimes overlooked and many people do not realise just how vital and dangerous the work of a dispatch rider often was.

They could be riding through shot and shell over the most awful terrain as the enemy did their best to try and stop messages getting through. The dispatch rider needed a motorcycle that could be relied on and by 1914, motorcyclists serving with the British Army had a huge number of machines and makers to choose from. These included brands such as Clyno, Norton, Triumph, Zenith, P&M, Matchless and Sunbeam, to name just a few. However, there was one maker which will always be synonymous with the Great War dispatch riders – Douglas motorcycles.