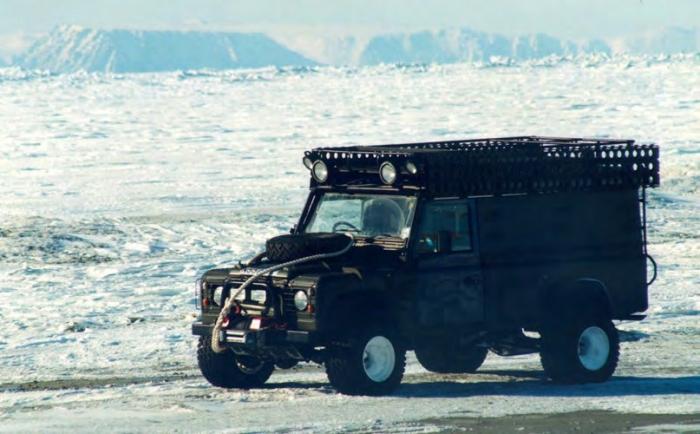 Following the success of their Siberia Challenge, on which three injured ex-soldiers joined members of the expedition company Max Adventure on a life-changing 12,000 mile overland vehicle expedition to far eastern Russia, the company has just launched their next programme Driven to Extremes to help more veterans suffering from PTSD.

The first expedition is to Europe’s highest village, Ushguli in Georgia. This 6,000 mile trip sees veterans tackle the Caucuses Mountains in September, before returning via Stalingrad and Moscow. The Driven to Extremes initiative was announced winner of the BFGoodrich Tyres’ Good Project award 2016. Fundraising for these life-changing adventures includes a 4x4 Rally in which participants will drive their own vehicles to the most extreme northerly point of the UK: Skaw in the Shetland Islands. Two of the veterans from the Siberia Challenge will be acting as support crew.

This 10-day driving adventure through the Scottish Highlands, Orkney and Shetland Isles will be a mixture of stunning landscapes, incredible roads, military history, ancient archaeology and warm hospitality. John Coghlan Status Quo drummer and owner of a Simca Marmon Bouquet is their ambassador and says: “I am very happy to support and encourage this adventure and am overwhelmed with admiration for the bravery of the participants, in their lives with the forces and the new challenges they must face so bravely. As an avid enthusiast of military vehicles and 4x4s, I know that a challenge like this, with like minded pals, is a life-affirming adventure”. The event will be from Thursday 18–Saturday May 27, with the adventure beginning at Glencoe. To take part it’s £995 per vehicle including two drivers, insurance, branded clothing and all ferries to and from the Shetland Islands.

Extra drivers and passengers incur extra costs. This trip is to raise funds for PTSD suffering veterans, so you’ve also to raise a minimum sponsorship of £750. For further information call Mac Mackenney, MD of Max Adventure on 01404 830 096 or 07764 600 601, email mac@maxadventure.co.ukhttp://www.maxadventure.co.uk