When a force of Bren carriers was blasted by a hidden anti-tank gun, the plight of its marooned crews appeared hopeless… until a valiant Sikh soldier charged to the rescue. Steve Snelling chronicles a saga of courage during an ill-starred offensive in Burma 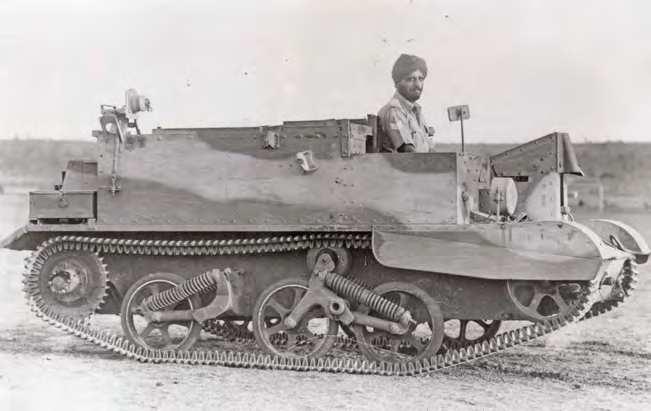 BOTTOM LEFT: HAVILDAR PARKASH SINGH VC (1913-1991) CHARGED TO THE RESCUE TWICE IN THE SPACE OF A FORTNIGHT DURING THE ILL-FATED ARAKAN CAMPAIGN OF 1942-43. HIS SELFLESS EFFORTS WERE RECOGNISED BY THE AWARD OF THE FIRST VC OF THE BURMA CAMPAIGN
ALL IMAGES VIA AUTHOR UNLESS OTHERWISE NOTED

The plan was depressingly familiar and scarily simple. For the fourth time in a fortnight, a force of Bren carriers was to act as decoy for an attack designed to break the increasingly bloody stalemate threatening to derail the AngloIndian army’s first offensive of the Burma campaign.

There was no subterfuge and no subtlety about it. The poorly protected carrier crews were to be live bait, advancing in relays in broad daylight across a beach devoid of cover, with the deliberate aim of drawing enemy fire. To Lieutenant Bert Causey, a 23-year-old conscript commanding the 5/8th Punjab Regiment’s carrier platoon, it appeared tantamount to a suicide mission.