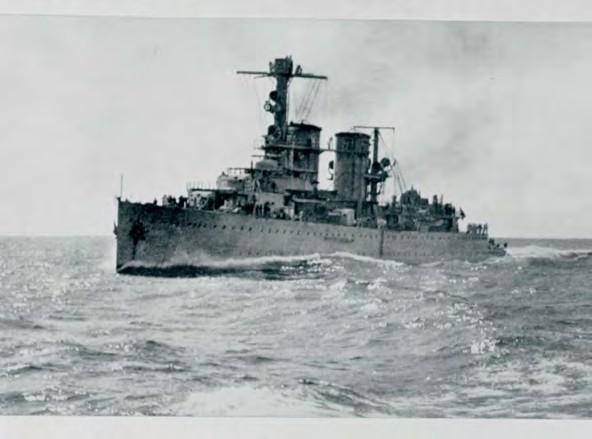 RECENTLY BRITAIN at War reported the alleged salvage activities affecting the wrecks of British and Dutch warships, which had seemingly vanished from the ocean floor. The disappearances were first noticed as an exhibition conducted prior to the 75th anniversary of the Battle of the Java Sea failed to locate the wrecks of HNLMS De Ruyter, HNLMS Java and HNLMS Kortenaer, sunk in the battle on 27 February 1942.

Now, Dutch authorities confirm “salvage operations of some kind have indeed occurred”. Their report stated the Netherlands and Indonesia will investigate further, and in a Memorandum of Understanding the two countries have agreed to work more closely. These activities come after a visit by the Dutch Prime Minister to Indonesia, where it was agreed that once it had been established the vessels were no longer there, the countries would work to determine what happened and to preserve remaining sites. In February, it also emerged three Japanese transport ships, the Kokusei Maru, Higane Maru and Hiyori Maru, had been salvaged, and reportedly “99% gone”. These ships were torpedoed off Sabah, Malaysia, by USS Hammerhead on 1 October 1944, and were a popular diving spot, described as ‘near-pristine’.

According to reports from fishermen and divers, supported by video footage, a Chineseregistered grab dredger is alleged to have broken up the sunken ships. When Malaysian authorities were informed, they presented a letter categorising the work as research, authorised by a university, Universiti Malaysia Sabah. Malaysian news has since reported the university believed tonnes of toxic materials were on board the vessels - though this is disputed. Following complaints, Sabah Marine Department ordered the cessation of salvage activities. A raised anchor and other materials were later seized from the potentially offending ship by enforcement officers.

Officials in Tokyo are not believed to have given permission for any works, though they have not formally identified the wrecks. Although they wish for underwater graves to be preserved, they consider this to be the responsibility of the governing body of the territory where wrecks lie. However, recently Japan has increased efforts to protect the remains of their soldiers and sailors killed overseas.

This raises further concerns for three sunken British vessels suspected to have been plundered - the cruiser HMS Exeter and destroyers Encounter and Electra. British authorities condemned the disturbance of the three wrecks, though there are concerns not enough has been done by the MOD.

The National Museum of the Royal Navy was contacted for comment, but due to extenuating circumstances was unfortunately unable to provide a statement. 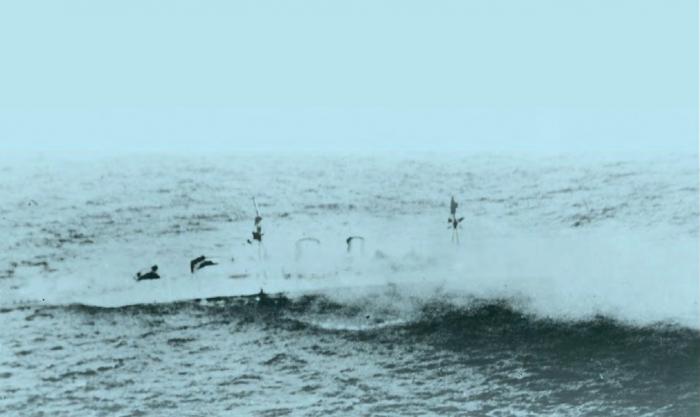 HMS Exeter sinks after being torpedoed on 1 March 1942. (VIA NHHC)

Bill Aikman will discuss ‘The Canadian Expeditionary Force in the Great War’ on the 12 of April at 19:30. Venue: The Royal British Legion Club, Tavern Street, Stowmarket IP14 1PH. Contact: suffolkwfa@gmail.com 01473 652425. All welcome.

How the railways affected the war effort, the logistics involved and how the Railway remembered their fallen are discussed in ‘Fallen Railwaymen of the Great War’ a talk by Barry Kitchenor. 15 April. 14:00, Sutton Coldfield Town Hall, Sutton Coldfield B73 6AB. Contact: 01889 226128. wfa-birmingham@denovaint.co.uk.