THE WORD ‘iconic’ is much misused these days, but is an apt description for what was one of the RAF’s most recognisable and best-loved post-World War Two aircraft – the Avro Vulcan jet-powered tailless delta wing high-altitude strategic bomber that made its maiden flight in August 1952. The B.2 introduced in 1960 offered greater speed, altitude and range. Eventually withdrawn from operational service in 1984, like the Supermarine Spitfire, the Vulcan is still held in great public affection.

Now you can build and paint your own Avro Vulcan B.2 with the launch of this new Airfix model. In 1/72 scale and suitable for ages eight-plus, it accurately recreates a real V-bomber. With a length of 450mm and a wingspan of 470mm, all it requires is gluing, painting and a little patience to own your own eye-catching piece of global aviation history. 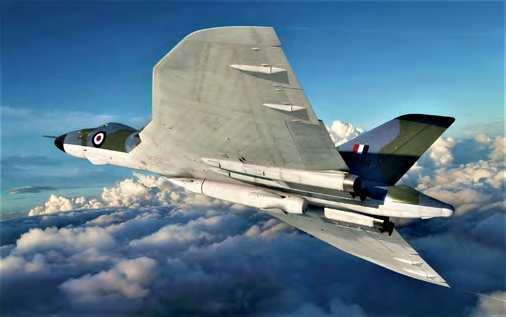