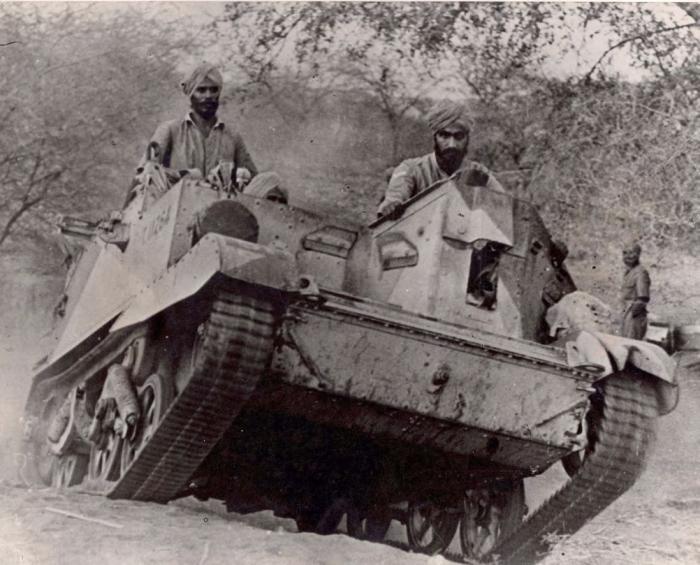 The original caption to this British Official Photograph reads, ‘With the Indian Army in Eritrea. “The whole empire has been stirred by the achievement of the Indian Forces in Eritrea” - Mr Winston Churchill. Bren Gun Carriers of a famous Sikh Battalion with which they took part in the Western Desert operations.’

Following the Italian declaration of war of June 10, 1940, Italian dictator Benito Mussolini ordered his troops to capture some of the constituent countries of the British Empire including British Somaliland and border towns in Sudan and Kenya. The British responded to the threat and built up a military force in Sudan and Kenya. In December 1940, the 4th Indian division was rushed to the British Sudan to join with the 5th Indian Infantry Division, to prevent Italian forces, which were numerically superior, from threatening Red Sea supply routes to Egypt, Egypt itself and the Suez Canal from the south. The Battle of Keren brought the ensuing East African Campaign to a close during 1941 when 42 Italian battalions were defeated by19 British and Indian battalions.