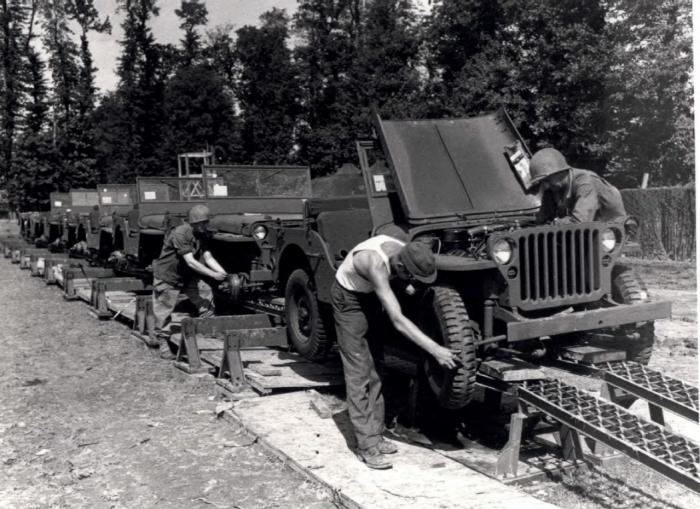 The original caption reads: “An open-air Jeep assembly line in Isigny in the Calvados department of Normandy, France, during July 1944”

An oft used cliché is that ‘a picture paints a thousand words,’ but when it comes to this photograph from Normandy, France, shortly after the D-Day landings, I would disagree. To my mind this image, which is one of my favourites from Normandy in 1944, paints a lot more than a thousand words.