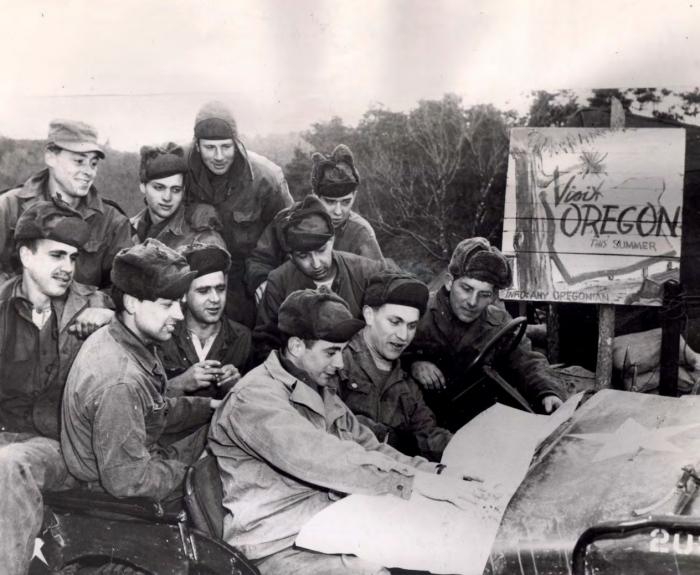 The Korean War is often referred to as the ‘Forgotten War’ because it followed so soon after World War Two and was eclipsed by the subsequent Vietnam War. By March 1952, the war, at first described by US President Harry S Truman as a ‘police action’, had been ongoing for almost two years and had become a stalemate.

Neither the UN forces nor the communist North Korean People’s Army and the Chinese People’s Volunteer Army were able to get the upper hand or gain much ground despite major battles taking place in this period, including the battles of Bloody Ridge, the Punchbowl and Heartbreak Ridge.

The US 45th Infantry Division deployed to Korea in December 1951. They moved into the front line around the Yonchon-Chorwon area and in sectors fronting Old Baldy Hill, nicknamed after artillery and mortar fire destroyed the trees on its crest, to relieve the 1st Cavalry. The battle of Old Baldy, a series of five engagements for Hill 266 in west-central Korea over a period of 10 months, would start in June 1952 soon after President Truman announced he would not run for re-election and relieved Eisenhower of command so the general could run for president.

In the spring, the 45th launched Major General Ruffner’s Operation Counter. This was a two-phase operation to capture and hold outposts a few thousand yards in front of the main line around Old Baldy Hill, the highest point on a prominent east-west ridge. It held str ategic impor tance because it dominated the surrounding terrain in three directions.

The division subsequently defended the hill against repeated assaults by the Chinese 38th Army throughout 1952, as Chinese forces continued to attack Old Baldy during the year.