Echoes of War 1982: Disbanding an Army 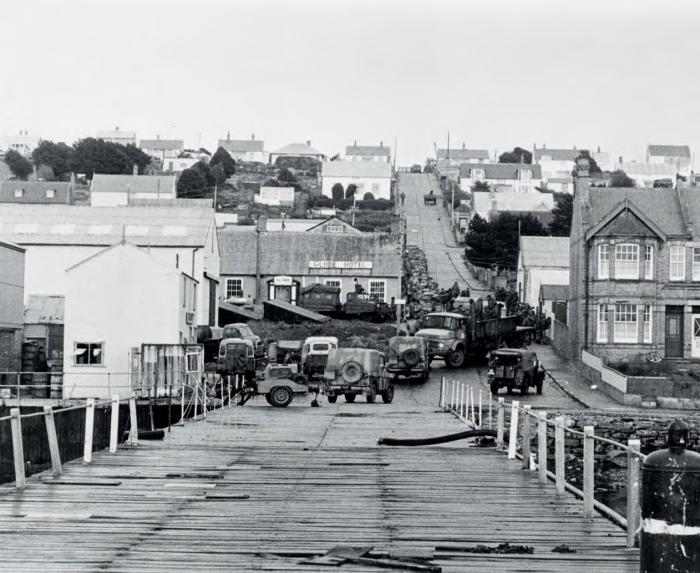 The Falkland Islands Company jetty at Port Stanley after the Argentine surrender. A mixture of British and Argentine vehicles are parked in the background
*Official war photographer during the Falklands War campaign, 1982

The Falkland War of 1982 lasted a mere 74 days, with British troops being on the ground for only 25 of those days, landing on May 21, after Argentine troops invaded on April 2. But because so strong and etched deep is the imagery of the sinking of HMS Antelope, the aircraft carriers, Margaret Thatcher’s belligerence, Simon Weston and the burning Sir Galahad, and the Union flag flying over empty hills, that it feels like such hostility occurred over months or years, not days.