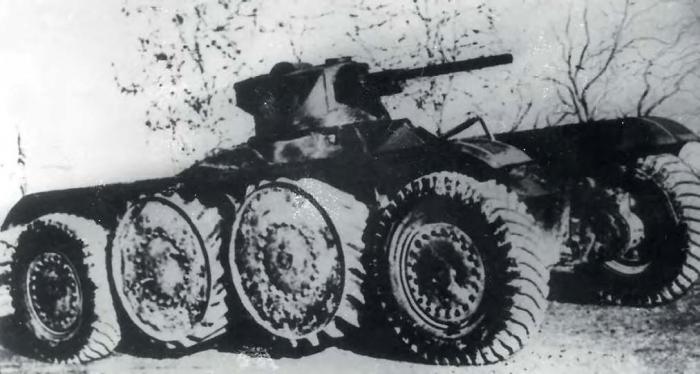 The Panhard EBR has its origins in a pre-war design, the Panhard 201 with a 37mm gun. It was an eight-wheeled vehicle which could run as a long wheelbase four-wheeler if the wheels on the second and third axles, were raised clear of the ground. These intermediate wheels were steel rimmed and designed to be lowered for cross-country operation.