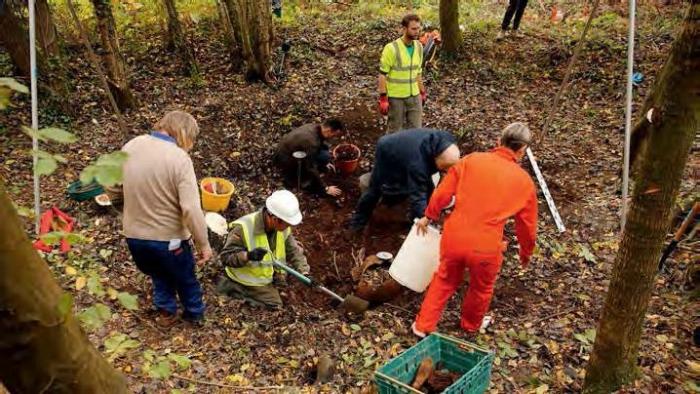 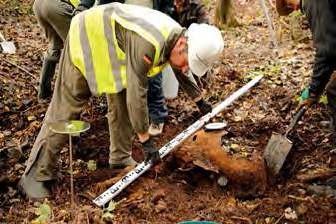 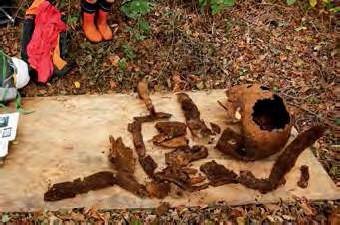 A woodland excavation has uncovered a German missile shot down more than 70 years ago. Archaeologists, excavated the crater of the V1 missile which has lain in the Woodland Trust-owned Packing Wood, near Ashford in Kent since being shot down by a Polish RAF pilot named F/Sgt Donocik.

National Archives revealed that the V1 exploded in Packing Wood on August 6, 1944. Archaeologist brothers Colin and Sean Welch, coordinated the dig. Colin said: “The major target for these missiles was London. Kent was never a target and the V1s that fell were either brought down by fighter aircraft, anti-aircraft gun-fire, the balloon barrage or malfunction of the device. This site at Packing Wood is remarkable as our excavation showed that the missile crashed pretty cleanly, in that its remains are within the centre of the crater.”