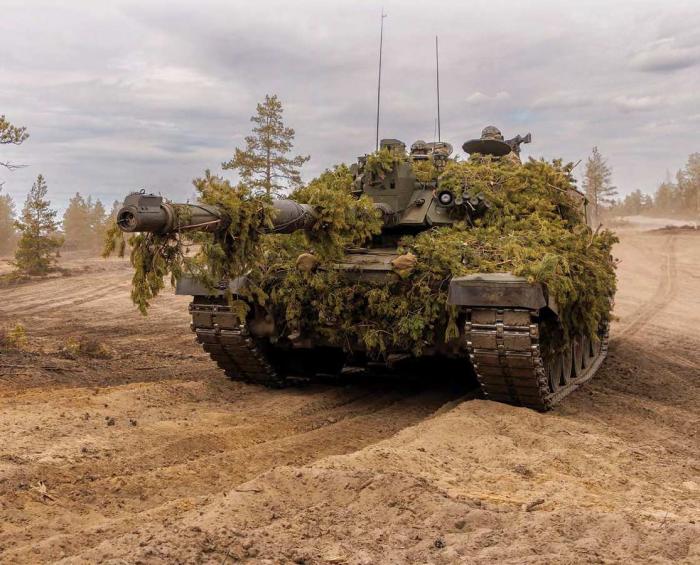 A Challenger 2 main battle tank on the training area during Exercise Arrow 22 in Finland.

The Leopard 2 Finnish tanks had been poised in position for a few minutes, surveying what was in front of them and ready to manoeuvre.

Then all of a sudden, the ground roared, the noise of gunfire erupted and everything was in play - including the British Army’s Challenger 2 Main Battle Tank.

We’re at Exercise Arrow being held in Finland, an opportunity for the Queen’s Royal Hussars (QRH) from the UK to showcase their full capability in front of a sizeable watching audience of media from around the world.

Tank commander, Sgt Kieran Jardine, said he and his crew relished the experience. “The Challenger 2 is the biggest armoured vehicle out here and I think it’s the best tank in the world,” said the 30-year-old, from Birmingham. “But of course I’m biased.

“Wherever we go, it always draws attention. We’ve loved being in Finland and testing ourselves in an opposing forces role. Our main job is shock action, always to get at the enemy hard, fast and aggressive and destroy what’s in front of us for the rest of the army to roll in behind.