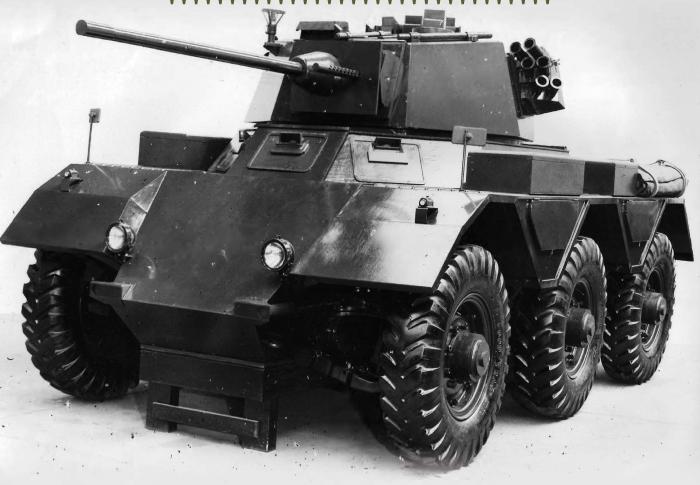 Saladin and Saracen: it’s easy to get them confused, but as long as you remember that Saladin is the armoured car and Saracen the armoured personnel carrier you should be alright. Saladinis the oldest of the series, design work began in 1947, not long after the end of World War Two.

At first, the vehicle was to be armed with the two-pounder (40mm) gun, rather aptly named Pipsqueak. Notwithstanding that, the gun was now capable of firing an armour-piercing discarding sabot round (APDS) which vastly improved armour piercing performance. Before that, it could only fire a pathetic high explosive round and was still a pre-war gun whose time had passed.