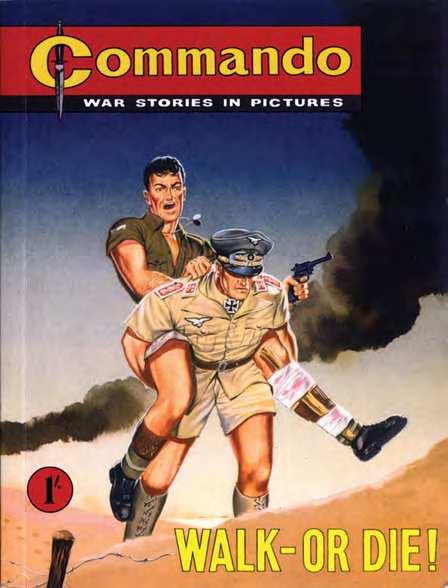 The issue that started it all, premiering Commando’s 60 year (and counting) run, leading it to become Britain’s – if not the world’s – longest-serving war comic. June 2021 marked the fourth reprint of this famous issue, for the first time with a brand-new cover by the legendary artist Ian Kennedy.

Ken Barr’s superb original cover cemented the gritty, masculine look of the heroes, basing them on his own bodybuilder physique. Barr and the editor Charles ‘Chick’ Checkley designed the title’s logo and header together, with the famous Commando dagger slicing through the C – so timeless was their design that 60 years later it remains unchanged.

Issue 1 captures all of the themes and values at the heart of Commando: adventure, camaraderie, compassion in war and, of course, heroism.Such a focus on character-driven stories is perhaps why the title has outlived many of its contemporaries, still resonating with readers today.