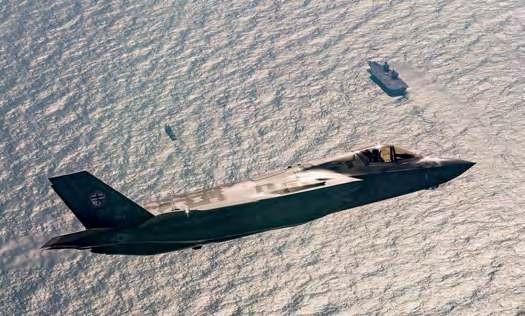 One of the F-35Bs circles HMS Queen Elizabeth.
(LOCKHEED MARTIN)

THE NEW F-35B fighter jets have landed on the deck of the Royal Navy’s flagship aircraft carrier for the first time.

Commander Nathan Gray of the Royal Navy and Sqn Ldr Andy Edgell from the RAF were the first pilots to land their Lockheed Martin F-35B Lightnings on HMS Queen Elizabeth. Their landmark sortie, completed on 25 September, spearheads the next half-century of British aircraft carrier operations. Gray was also the first pilot to take-off from the carrier using its ski-jump.

The initial landings and takeoffs marked a milestone in the development and introduction cycle of both the new carrier and the new jet in UK service. It was also the first time in eight years since the last fixed-wing aircraft had operated from the deck of a British ‘flattop’.

The Royal Navy has long been at the forefront of worldwide carrier development. Indeed, on 1 October 1918 a Sopwith Ship Strutter landed on the converted liner HMS Argus for deck-landing trials and to test the arrestor gear. This was the first aircraft to land on the first full-length flight deck aircraft carrier in history. Almost 100 years to the day, the incorporation of the F-35 onto the new carrier showcases a promising future for Britain’s re-formed naval aviation capability.

Commanding Officer, Captain Jerry Kyd – who was also the captain of HMS Ark Royal when the last Harrier took off from a British carrier – admitted: “I am quite emotional to be here seeing the return of fixed-wing aviation… The regeneration of big deck carriers able to operate globally, as we are proving here on this deployment, is a major step forward for the UK’s defence and our ability to match the increasing pace of our adversaries. The first touchdowns of these impressive stealth jets shows how the UK will continue to be [among the] world leaders at sea for generations to come.”

The Defence Secretary, Gavin Williamson said: “The largest warship in British history is joining forces with the most advanced fighter jets on the planet. This marks a rebirth of our power to strike decisively from the seas anywhere in the world.”

The trials will continue until December 2018 (night-time deck operation trials – with and without night vision technology – began on 3 October) and will involve more than 500 landings and take-offs in a range of weather conditions. 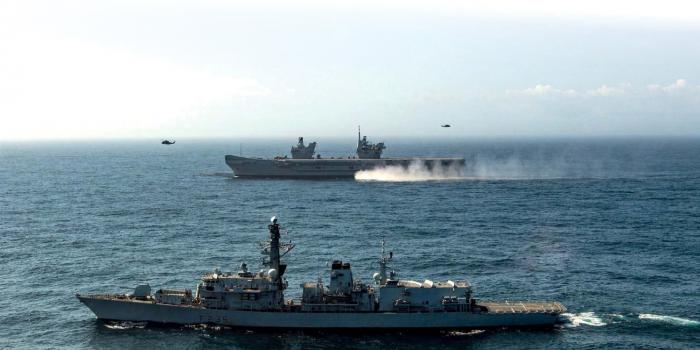 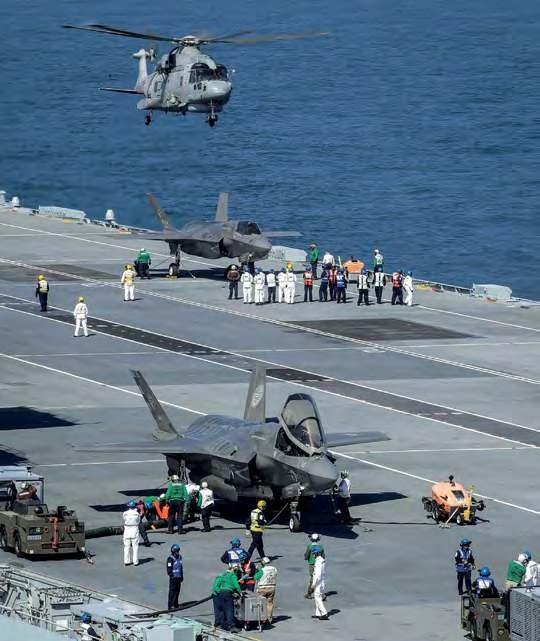 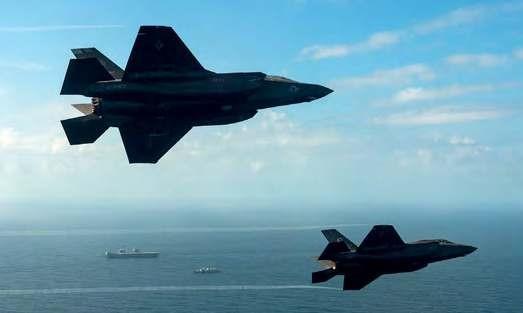 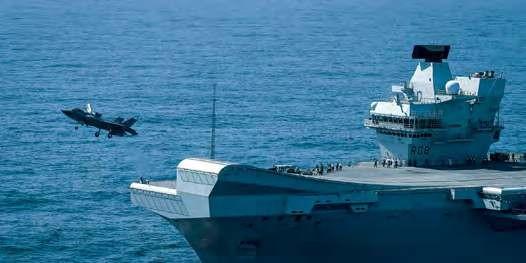