Since the Russian offensive against Ukraine, military observers have been staggered by the sheer quantity of armour – especially tanks – destroyed and left abandoned on the field 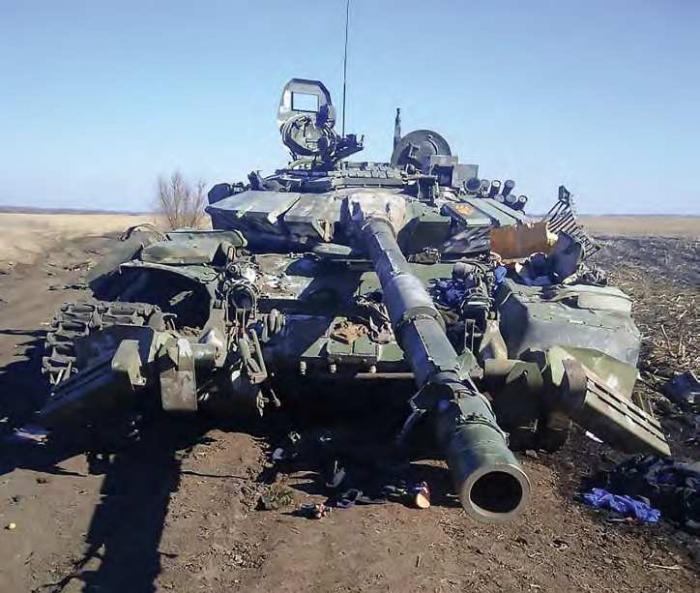 A Russian T80 tank was disabled in the fighting in Ukraine
ARMYINFORM.COM.UA /WIKICOMMONS

Most of the destruction wreaked on armour in Russia’s war with Ukraine has been carried out by Ukrainian Bayraktar TB-2 drones and western-supplied shoulder-launched anti-tank weapons such as the nextgeneration light anti-tank weapon. Images of T72s completely gutted with turrets blown off have become commonplace. This level of damage couldn't simply be due to a single antitank guided weapon (ATGW) strike so something else must be at play.

Further research led me to question if there might be something fundamentally wrong with Russian tank design. There are three different models of the tank to be found in the Russian armoured formations: the T-72, T-80 and smaller numbers of the more modern T-90. The latest design, the T-14 Armata has been noticeable by its absence for several reasons.