The Falkands War The Full Story 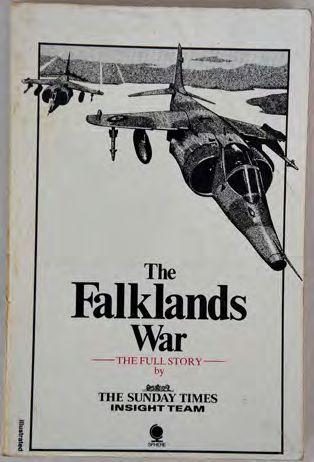 As this issue marks the 35th anniversary of the Faklands War of 1982, I decided to blow the dust off two books about the conflict that have been on my shelves since the 1980s. This was published in the same year of the war. It was authored by Paul Edddy, Magnus Linklater and Peter Gillman, a team of journalists who had been reporting on the war in the pages of The Sunday Times and who pooled their resources and contacts to produce this authoritative book.

It is no ‘Boy’s Own’ account with a lurid cover but a considered and comprehensive narrative of the slide towards military action, the diplomacy that involved Argentina, the UK, the UN, the EEC, the USA and more that reverberated around the world. It touches on Argentina’s domestic politics and decision to invade the Falklands. As a result, it is no one-sided, jingoistic tome but, from what I can tell, is written from a neutral standpoint. It, of course, also details the fighting and, perhaps inadvertently because of its matter-of-fact style, further reinforces the reputation of the Royal Marines and others.

The book, illustrated with a number of black and white images, describes the first hours of the Argentine invasion when the Royal Marines of Naval Party 8901 had little idea of what was unfolding before them. Despite being massively outnumbered they put up a fierce resistance that could have seen them all killed. In the event, they all lived to tell the tale.

Later chapters detail the task force’s journey south, the sunken ships of both sides, the helicopter crashes, the landings, the many battles and the sheer willpower of the British soldiers marching huge distances in wet, winter conditions to displace the invaders.

I bought this book in 1982, trying to understand the conflict I’d watched on the BBC news, I re-read it for the purposes of this review and can confirm that it has stood the test of time. Its authority shines through and, in my opinion, it remains one of the best books about the Falklands War. JC 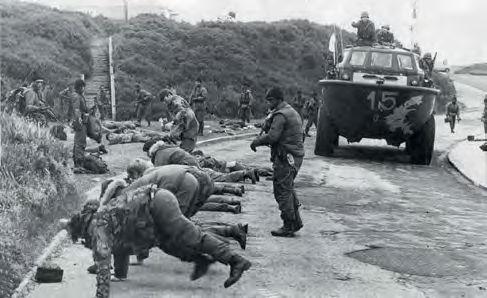