‘Tank’ rides being offered in the tank park 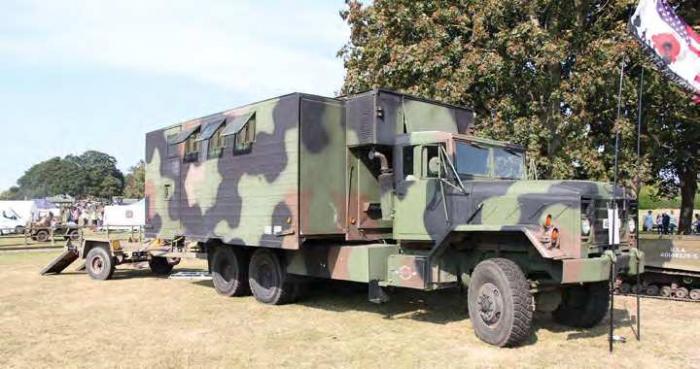 Set in a picturesque park outside Kettering in Northamptonshire, the Military Vehicle Trust’s annual Wicksteed at War show held in late September proved as popular as ever.

This was the first staging of the event since 2018 after last year’s show was called off due to Covid restrictions while the 2019 event was cancelled due to the 75th Anniversary of D-Day. Many MVT members instead made the trip across the channel to Normandy. Judging by the enthusiasm from those in attendance, it had been sorely missed. The free to enter show attracted hordes of families and re-enactors and military vehicle owners were kept busy answering questions from wide-eyed children who relished getting up close to these ‘military’ men and their machines.

While there were plenty of people about, the show never felt crowded, which is in part thanks to the large site on which it is held. Wicksteed Park is owned by the Wicksteed Charitable Trust and is a Grade II English Heritage listed park and garden. It was founded in 1921 as part of the legacy of Charles Wicksteed, an entrepreneur, innovator and respected and successful engineer.