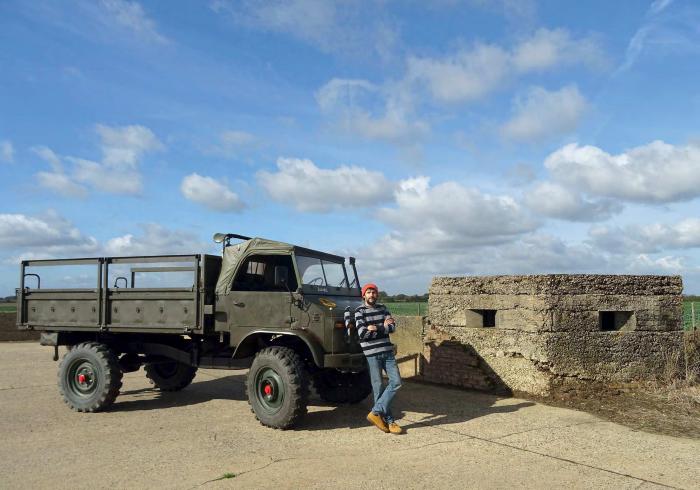 Jay Aldred and the Unimog which once belonged to his late father Ivan, he would love to know more about the history of the truck but has no idea where to start. All he has is the chassis number; 404114/7501807
words and pictures Vicky Turner

Jay Aldred had the perfect boyhood in Norfolk where he was surrounded by a tight and loving family. As he likes to say, he was always “destined to be into old stuff” with a granddad, dad and uncle who were all into ‘machinery’.

Granddad Clifford, ex-RAF, had bought a house near Halesworth in the 1950s and with it a fair amount of land and barns. Clifford’s first love was aeroplanes and he amassed an eclectic collection of aircraft and parts saved from scrap, which included two Vulcan cockpits, a Victor, a complete Lightning F3 jet, and cockpits from a Sea Vixen, a Meteor, four Canberras and a Hunter.

His three sons – Clive, Ivan, and Tony – developed tastes for machines too, unsurprising since they had been ‘raised on fuel’ as Jay tells it. The boys were taught to drive as children – first in an Austin Devon, which had been modified to include a lawn-mower engine and later, properly, in an Austin 10.