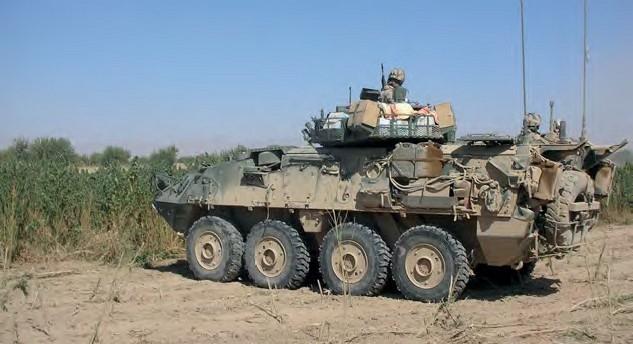 A LAV III of the Royal Canadian Regiment Battlegroup provides overwatch.
(ALL IMAGES VIA AUTHOR UNLESS OTHERWISE STATED) 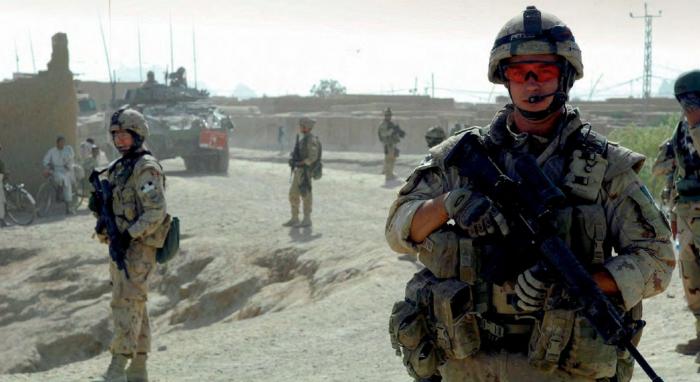 The powerful 350hp diesel engine emitted a high-pitched whine as the driver accelerated, goading the LAV III, which the Taliban fearfully referred to as the “Green Dragon that s**ts troops”, to a faster speed. The commander squinted, despite his tinted goggles, due to the relentless sun that beat down on the barren ground. Withstanding the oppressive heat and the impenetrable cloud of dust raised by the vehicle, he kept razor-sharp attention to the road. His trepidation seemed superfluous, his surroundings appeared serene.