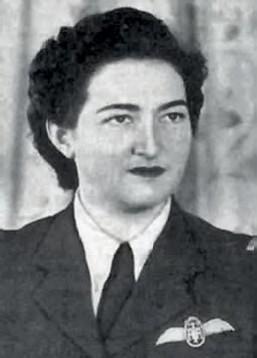 THE DEATH has been announced of Chile’s first ever female pilot, Margot Duhalde (Sotomayor), who flew seventy different types of aircraft with the Air Transport Auxiliary during the Second World War, writes Melody Foreman.

First Officer Duhalde, known as ‘Chile’ to her many friends, learned to fly at the age of sixteen in Santiago and by 1939 she was determined to help Vasque family connections in France and planned to join Free French Forces (FFF) as a combat pilot, not least of all because she spoke French. After arriving in Liverpool in April 1941 to report to the relevant French liaison officer she was wrongly suspected as being a spy and swiftly arrested. She spent several days in jail and was disappointed to discover women were forbidden to fly with FFF, and although she was offered work as a nurse, she only wanted to fly.

The 20-year-old Duhalde soon learned of the ATA and wrote to the head of the women’s section, Senior Commander Pauline Gower, who then invited her to Hatfield for an interview. Gower noted Chile’s use of the English language was far too limited for her to fly aircraft safely, and so she was stationed briefly with the ATA engineering crews.

Her long-time friend and ATA colleague, the late First Officer Molly Rose OBE, described ‘Chile’ as a lively woman who was fiercely intelligent and with an enormous sense of fun. Molly said: “Her English certainly improved from the start. Indeed, Chile learned a few choice words after working with the engineers! I’d never even heard the phrase ‘Bloody Hell’ until I met ‘Chile’!”

The enthusiastic Duhalde, who was based at the Hamble Ferry Pool, learned to fly both single and twinengine aircraft including Spitfires, Hurricanes, the Wellington Bomber and the Lockheed Hudson. She said: “The work was very difficult. We had to fly in terrible conditions with a minimum of visibility. It was very dangerous, and we had no radio contact with the ground.”

Throughout the war, First Officer Duhalde ferried more than 900 aircraft from factories and maintenance units to RAF airfields all over Britain. She also proved to be a great friend to many of the 165 women pilots of the ATA, including First Officer Mary Wilkins (Ellis) who recently celebrated her 101st birthday, as well as the late Third Officer Joy Lofthouse. During her time with the ATA, Margot married an RAF pilot who unfortunately was killed on active service.

Following the end of the Second World War in 1945, First Officer Duhalde thought she had realised her dream to fly with the French Air Force and become France’s first female combat pilot when she was posted to Morocco, but when French high command ruled out having women pilots she resigned and returned to Chile. She then toured South America, including her home country, as a demonstration aviatrix.

By 1947 she had returned home to Chile and was offered a job as a private pilot for a wealthy businessman. By 1950 she had opened her first flying school and became an adept and highly skilled instructor. Her aviation career also saw her claim to fame as Chile’s first female air traffic controller – a role she fulfilled with considerable aplomb until the age of 81.

In 2009 she travelled to 10 Downing Street to receive a gold clasp for her courage and service with the ATA from then-Prime Minister Gordon Brown.

Last year, the three-times married Duhalde told a Chilean TV station “The men were convinced they were the only ones who could do things. They always looked down on us women, it is only recently that they are beginning to realise we are equal and actually better than them!”

She was also given the honorary rank of Colonel in the Chilean air force, partly in recognition of her services in 1978 when she volunteered to fly during the Beagle Channel Crisis with Argentina. During that time, ‘conscripted’ civilian pilots flew liaison, observation and auxiliary light attack roles – the latter function being performed by dropping small anti-personnel bombs by hand.

Following her death at home in Santiago Chile on 5 February 2018, a Chilean Government spokesman said: “We are grateful for the huge contribution Margot Duhalde made to Chilean aviation and recognise the courage she had to fulfil her life’s dream, breaking stereotypes and showing the way to other women.” 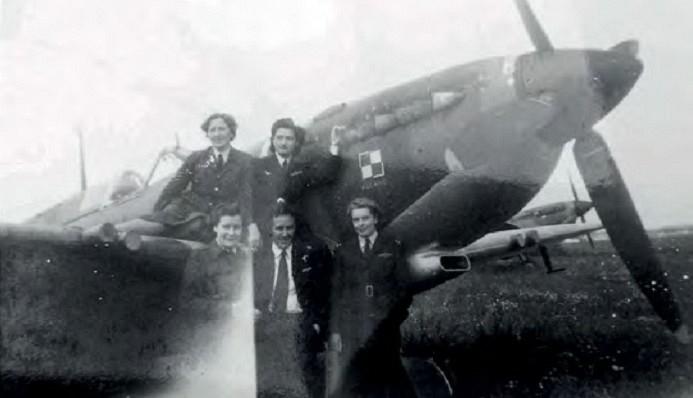 Margot Duhalde pictured on the wing next to the exhaust ports of a Polish squadron Spitfire. Standing directly beneath the emblem with other friends is First Officer Mary Wilkins. (ELLIS)

HMS Sutherland and HMAS Toowoomba halted exercises for a combined act of commemoration honouring the 35 submariners killed when HMAS AE1 sank in the first days of the Great War. Lost on 14 September 1914, AE1 was only recently found, 103 years on. Cmdr. Andrew Canale, Sutherland’s CO, said: “The service provides a solemn reminder of the sacrifices made by those who went to sea in submarines for the first time”, adding it was “a rare opportunity and honour” to commemorate the submariners. 23,000 people were evacuated from in Fano, Italy, following the discovery of British Second World War-era ordnance. The 500lb bomb was unearthed by workers improving the town’s drainage, prompting the mandatory evacuation of the third of the town’s population living within a 1.1-mile radius of the metre-long device. Italian Navy bomb disposal experts moved the device into the Adriatic Sea where, after a 144 hour wait, a controlled explosion was carried out. Fano was heavily bombed in the conflict on account of its railway and crossings over the Metauro River.