Dear Editor, It was interesting to read in the news section of the February issue that part of the German city of Dortmund had been evacuated after the discovery of a bomb thought to have been dropped on the night of May 4/5, 1943. That attack was part of Bomber Command’s Battle of the Ruhr and comprised almost 600 aircraft in the largest ‘non-1,000’ raid on Germany thus far. It was also the first major strike on Dortmund. 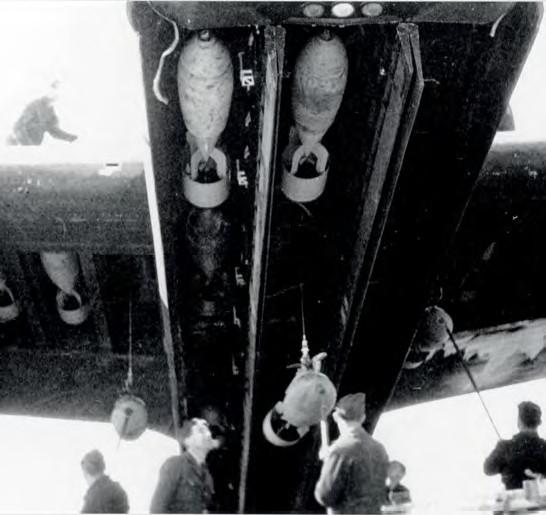 THE LOAD BEING WINCHED INTO A 7 SQUADRON STIRLING IS PROBABLY A SIMILAR BOMB TO THE ONE FOUND IN DORTMUND RECENTLY. (7 SQUADRON RECORDS)

Pathfinder marking was accurate and afterwards the city council reported nearly 700 deaths, with over 1,200 buildings destroyed and more than 2,000 seriously damaged, including the Hoesch and Dortmunder steel factories. Its inland dock area was also badly hit.