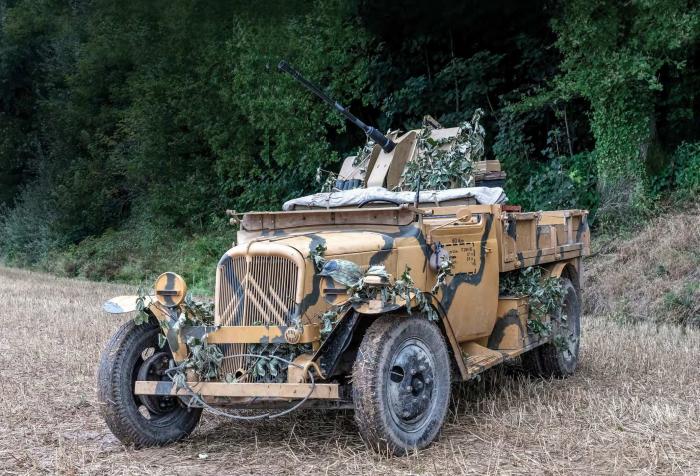 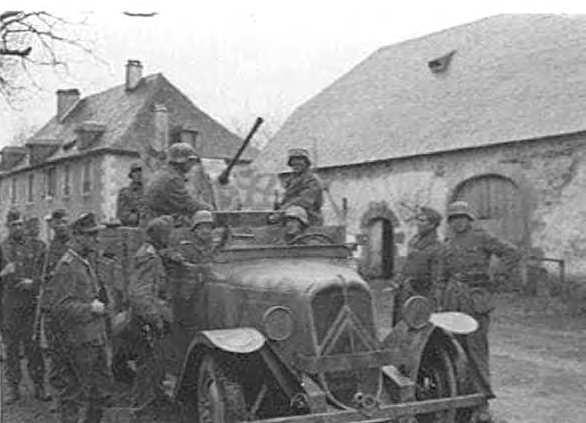 There are not many details available for this picture, but it was probably taken in Belgium or France during World War Two.
ARCHIVE

Founded at the beginning of the 20th Century by André Citroën in France, Citroën was the first vehicle manufacturer to use production methods that enabled the company to produce gears with a V-shaped pattern. This resulted in gears that were stronger and had better precision when turning. All this made for less wear and less noise while driving and the V-shaped pattern can be found in the Citroën logo.

After he started a gear factory in 1905, André Citroën helped out the underperforming Mors automobile factory by providing management advice. In the early years of World War One, he started a munitions factory based on the Henry Ford technique of mass production following a visit to the Ford factory in the US.