The Royal Marine’s defence of Stanley on 2 April 1982 is a relatively little known story, but Britain at War lifts the lid on that event by talking exclusively to Ricky D Phillips about his research into events that night, research which led to publication of his comprehensive book on the subject. 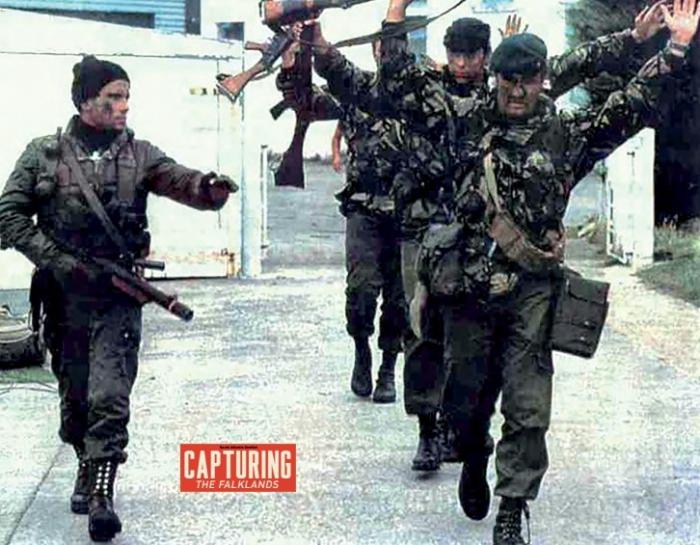 The famous shot of Marine Lou Armour marching out of Government House after the ceasefire, under Argentine guard.

It is personally important to me that this story gets told as it happened, since I suspect there are those who would rather it wasn’t.” With these words, the Falkland Islands’ former Governor, Sir Rex Masterman Hunt, opened his memoirs and perhaps tried, considering his political position, to tell the world that something had been afoot in the story of the Falklands invasion. With arguably the most important lines in the whole book, maybe he hoped to tell us to look a little deeper. Sadly, nobody did. Until now.