Firepower to the Fore

The tenth annual Tanks, Trucks and Firepower Show went ahead as planned despite the Covid-19 situation. Yet, against the odds, it was an excellent and eye-catching event that proved very popular. Richard Gunn reports on one of the few military events to have been held this year 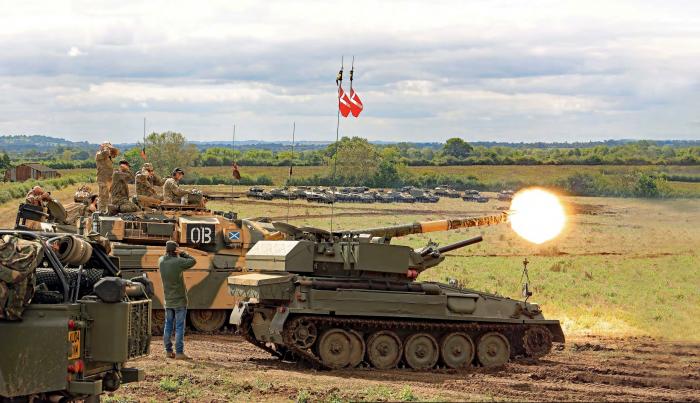 The Midday Guns arena demonstration ran from side arms through to the ex-Royal Scots Dragoon Guards Chieftain MkII. Its 120mm gun packed rather more of a punch than the 9mm pistol that kicked things off

Organising a major show is difficult at the best of times. Organising one in the middle of a global pandemic, only weeks after such events began to be permitted again, is an undertaking almost as massive as some of the military vehicles that turned up for the Tanks, Trucks and Firepower Show at Dunchurch near Rugby over the August Bank Holiday weekend.