First in, first out

The veteran Hurricane played a small but important part in the battle for Normandy and, as Andrew Thomas explains, became the first Allied aircraft to land in France after D-Day

The invasion of France on June 6, 1944 was the most significant military action in western Europe since the Battle of Britain four years earlier.

Rising to the skies in that epic battle were scores of Hawker Hurricanes, the most numerous RAF fighter then in service. 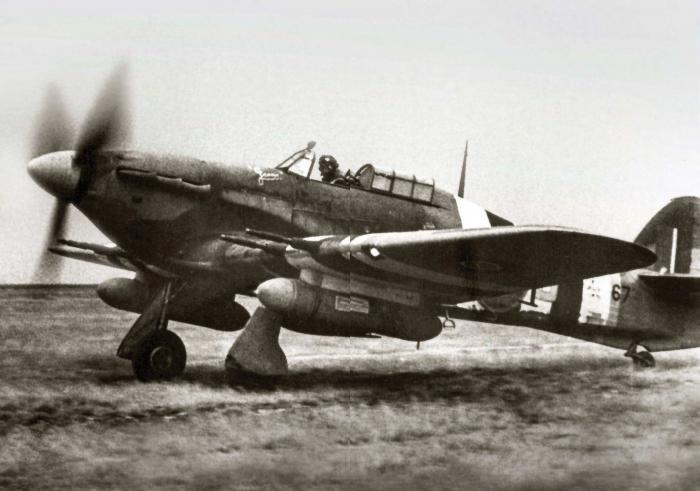 HURRICANE MK.IIC MW367/DR-B ‘JESSIE’ TAXIES IN AT B2 BAZENVILLE WITH PODS FILLED WITH DESPATCHES ABOUT TEN DAYS AFTER THE LANDINGS
M JFBOWYER

Having acquitted itself well as a rugged early war fighter, the Hurricane then flew in fighterbomber and night-intruder duties with some good results into 1942. But despite ongoing success with the Desert Air Force and in the Far East, the type had become obsolete over Europe.

By the time of the invasion of France in June 1944, the Hurricane had been eclipsed by upgraded Spitfires and new types such as the Typhoon. It was largely relegated to operational training and second line tasks. One exception was in Drem, Scotland, with the Polish-manned 309 Squadron, which continued to fly them in the tactical reconnaissance role.