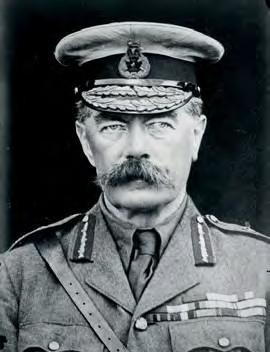 A portrait of Field Marshal Lord Kitchener. (US LIBRARY OF CONGRESS)

Almost anyone could afford a pocket ‘hanky’, and by the outbreak of war in 1914 they ranged from materials such as fine silk to cotton handkerchiefs for the working class, the latter costing a penny apiece. They were even being sold to commemorate notable events, such as coronations or jubilees, or as souvenirs of places of interest.