THE NIGHT OF THE BIG WINDS 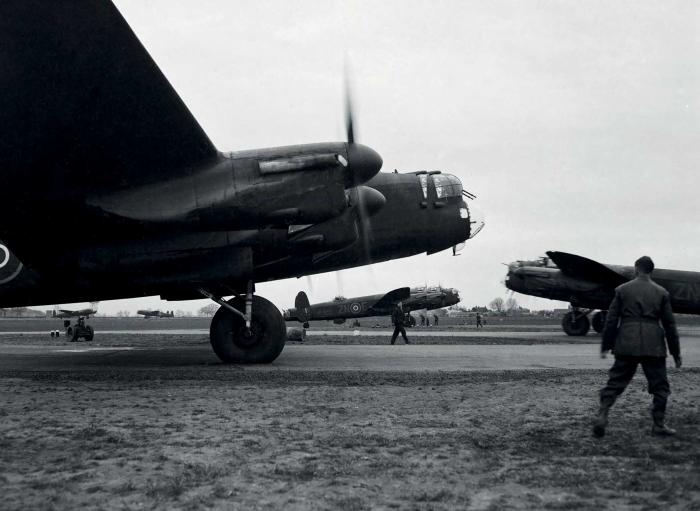 BOMB-LADEN LANCASTER IIIS BEFORE A RAID TO FRANKFURT ON MARCH 22, 1944. THE PACE OF OPERATIONS WAS RELENTLESS AND CASUALTIES WERE HIGH. THAT WEEK, BOMBER COMMAND LOST APPROXIMATELY 708 MEN KILLED, 263 OF THEM ON 'THE NIGHT OF THE BIG WINDS' ALONE

When observing the London Blitz, Sir Arthur Harris turned to his then Commanding Officer, Charles Portal, and proclaimed: “They sowed the wind, and now they are going to reap the whirlwind.” It was a phrase that he had borrowed from the Old Testament, and the future Bomber Command chief was determined to see it realised. His long-running campaign of heavy night raids against German cities to break their will to fight brought destruction on a biblical scale.

It was, however, costly. Improving German night fighters and denser flak coverage caused RAF casualties to mount, with aircraft loss rates of 8-10% on major raids becoming alarmingly regular. It was not completely one-sided, though. The RAF’s navigation and targetfinding had vastly improved, partly due to the introduction of the Gee radio system, leading to more accurate bombing. Navigators on board aircraft could use signals from a chain of radio transmitters to calculate a precise position fix. If needed, they could then correct their course to compensate for weather effect to find the correct target and avoid flak concentrations.