IN FLANDERS FIELDS, THE POPPIES BLOW 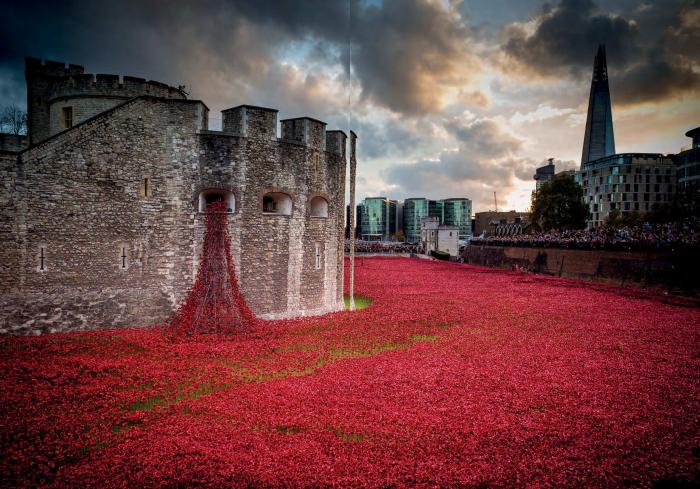 SOME OF THE 888,246 CERAMIC POPPIES THAT FILLED THE MOAT AT THE TOWER OF LONDON FOR THE ‘BLOOD SWEPT LANDS AND SEAS OF RED’ ART INSTALLATION IN 2014, TO MARK THE CENTENARY OF THE START OF WORLD WAR ONE
GETTY

Of all the symbols, badges, ribbons and flowers worn to raise awareness of an issue, or as part of a fundraising campaign, none is better recognised or more widely worn than the blood-red poppy of the Royal British Legion (RBL).

The original idea was generated by the poem In Flanders Field, written and published in 1915 by a Canadian doctor called John McCrae. A little-known fact is that the poppy was originally promoted for use in the United States by a French woman, Anna Guérin.

Or that, after failing to have it adopted by America, only then did Madame Guérin approached the British Legion (as it then was called) in September 1921. The biggest surprise of all is that the first poppies to be worn in the UK were manufactured in France. In the laconic but immortal words of actor Sir Michael Caine: “Not a lot of people know that.”