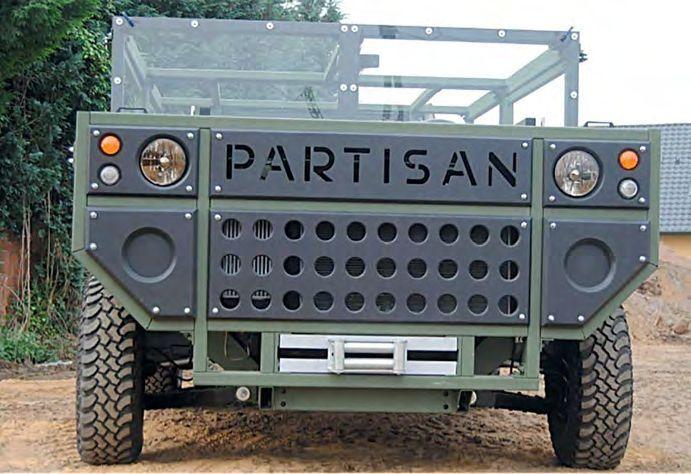 The German manufacturer Partisan Motors has developed a flat-packed military vehicle it calls Partisan One, which is claimed to be bomb-proof and which comes with a 100- year warranty.

Described as a 4x4 that’s built around a simple frame of right angles with bolt-on parts, the car was designed by Russian automotive engineer Dr Juri Postnikov, with a stated objective of making ‘the best car for the world’s worst roads’ designed to be easy to ship, assemble, and maintain in the adverse conditions of war.

The Partisan One’s recessed body panels are designed to accept armour plating and underbody armour to protect against land mines. The simple design enables flat-packing and shipping (five flat-pack cars will take up the space of one fully-assembled vehicle), easy assembly on arrival and ongoing maintenance in the field, though it is thought a lack of aero dynamism may affect fuel efficiency and run economy.

The concept vehicle is currently powered by a Fiat 2.8-litre diesel engine delivering 148bhp, but in designing the layout of the engine compartment and transmission tunnels Partisan Motors has futureproofed the possibility of installing other power units. Partisan Motors has suggested the cost of the Partisan One will be about $58,500 and it will come with a 100-year warranty, though it doesn’t yet seem like they’re close to taking orders. 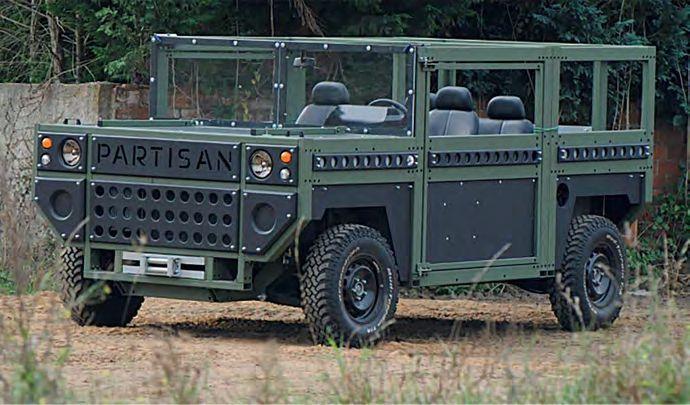