Foreign Office “Not Aware” of Plan to Recover PoW Remains 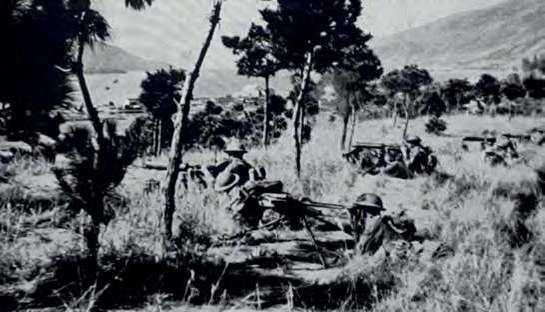 Machine gunners of the Middlesex Regiment on exercise in Hong Kong before the Japanese Invasion. An estimated 366 of the famous ‘Die Hards’ were aboard Lisbon Maru when she was torpedoed, 151 of them perished. 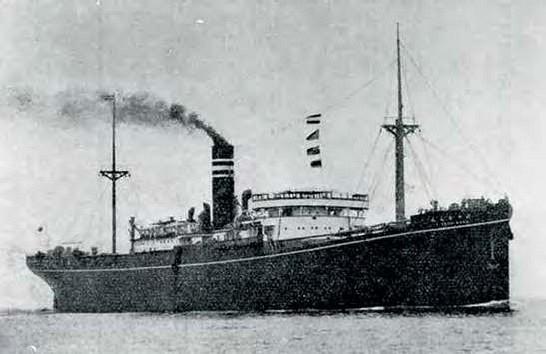 The 7,000-ton Japanese freighter SS Lisbon Maru in her pre-war guise. On 1 October 1942 she was painted grey and armed making her a legitimate military target in spite of the 1,800 PoWs confined in her forward holds. 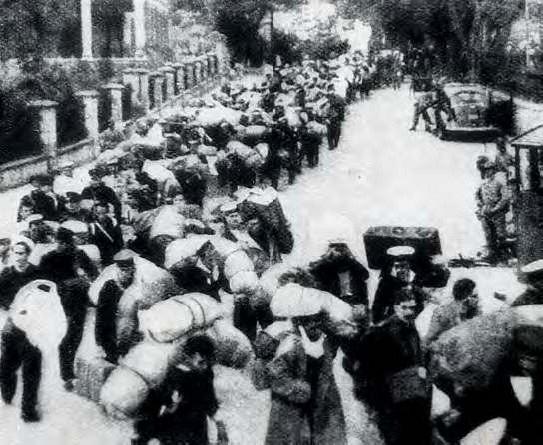 A Japanese newspaper photograph of British and Canadian military personnel marching into captivity after the surrender of Hong Kong on Christmas Day 1942. More than 700 PoWs, perhaps including some of the naval ratings seen here, died in the sinking of Lisbon Maru.

CONFUSION SURROUNDS reports that a Chinese filmmaker hopes to recover the remains of British Prisoners of War, with the British Foreign and Commonwealth Office denying any knowledge of the project, reports Andy Brockman.

The British PoWs were lost when the Japanese transport Lisbon Maru was torpedoed and sank in October 1942.

The best modern account of the sinking, by Hong Kong-based author Tony Banham (The Sinking of the Lisbon Maru: Britain’s Forgotten Wartime Tragedy), suggests 81 PoWs died on board, or were drowned, when the Lisbon Maru was torpedoed off Dongfushan by the USS Grouper on 1 October 1942.

The remarkable efforts of the remaining 1,751 prisoners, mainly men from the Middlesex Regiment, the Royal Scots, and the Royal Artillery, enabled them to escape the ship and an attempt at mass killing by the guards. In the 24 hours it had taken the Lisbon Maru to sink, the ship’s hatches had been deliberately battened down, and those who escaped were fired upon. The efforts of Chinese fishermen and other Japanese vessels saved around 1,000 prisoners, but more than 700 died, victims of the sea, sharks and in a few cases, further atrocity – the guns and propellers of Japanese ships.

The project to recover the minority of the victims whose remains could lie within the wreck is not new. However, aside from the cost and technical difficulties of investigating any wreck, the situation is complicated because under international law at least three governments have a legal interest in the fate of the wreck and the victims of her sinking. The Chinese government has legal control of the waters where the wreck lies, while the Japanese government almost certainly has rights over the ship as she was sailing under military orders as an armed troopship, carrying Japanese military personnel and Prisoners of War and is thus, most likely, a ‘Sovereign Immune’ vessel. The Ministry Of Defence (MOD) and Foreign and Commonwealth Office (FCO) would represent British Government interest.

Finally, while they have no legal rights, the moral position of survivors and next of kin of the missing is divided, with some supporting the project while others, like Dennis Morley of the Royal Scots, the last survivor living in the UK, oppose to the proposal. Mr Morley told the BBC: “It’s wartime and a lot of horrible things happened during the war. They’re in peace. Leave them in peace… It is a war grave and should be left as a war grave.”

Asked if they had been approached by the filmmaker, or entered discussions with any of wthe governments involved, an FCO spokesperson told Britain at War: “I have checked with relevant people on the FCO side and we are not aware of these film proposals or the idea having been discussed with either the Japanese or Chinese.”

Across Whitehall, neither the MOD nor the Joint Casualty and Compassionate Centre (JCCC), which handles issues relating to the remains of service personnel, had responded to Britain At War’s request for comment by the time the magazine had went to press. However, when asked about previous disturbances of maritime military graves the MOD stated: “A military wreck should remain undisturbed and those who lost their lives onboard should be allowed to rest in peace.”